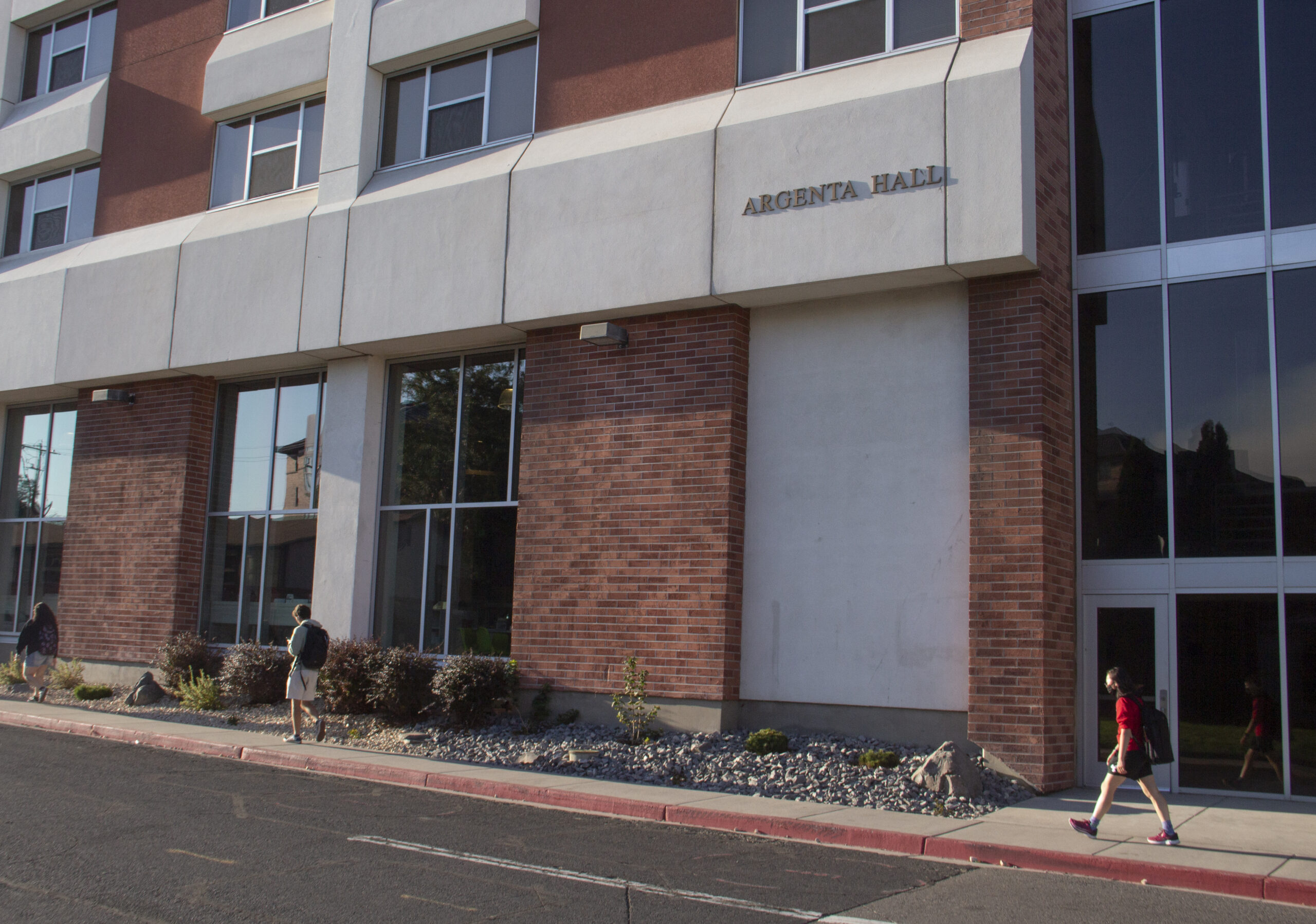 Argenta residence hall reopened on campus, with the grand opening on August 16 allowing students to move in on August 18.

Brian Sandoval, President of the University of Nevada, Reno, and Shannon Ellis, Vice President of the university, spoke and thanked people for their contribution to Argenta over the last three years at the grand opening. The event also held tours of the Downunder Cafe and Argenta.

After the explosion that occurred due to a failure in the building boiler on July 5, 2019 that left eight people injured, six of them being students, Argenta Hall has since been completely renovated.

Argenta took in a lot of students’ past concerns, including wanting more spaces for students to socialize and having places for studying together or alone away from their dormitories. They kept these ideas in mind to accommodate future students.

“Students wanted more quiet places to study. I think it was a student that had the idea of consolidating the laundry room so that everybody from the building basically would be doing laundry together,” Kennedy explained. “So you are able to see more people, meet more people, while you are still able to have those individual study rooms on the floors.”

Now, there are spaces on each floor for students to socialize, study and have the flexibility to have some space from their roommates to work or relax available 24 hours daily.

“It is nicely renovated. I do not feel too confined or stressed like last year,” Kaci Meyer, junior and Argenta hall resident said. “The food here is definitely a lot better than other universities.’’

“I just talked with our Director of Resident Dining today and she said last year at the start of the year we fed an average of 1500 students in The Den,” Kennedy stated. “This year we are feeding an average of 2600 in Pack Place.”

New diversified dining stations have also been added including “Thrive” which does not utilize the nine major allergens.

Halal Shack, a new student choice portion and market have yet to open due to staffing issues; once open they will operate from noon to midnight.

Some students are not satisfied with the food that is being served in the Downunder Cafe. However, students like Nico Suarez an Argenta hall resident enjoy some of the options, likely due to the vast amount of food options available.

“They have a really good waffle maker for the morning and just any time you can make a waffle,” Suarez said. “I love that. Anything that is really hard to mess up that you can put in a deep fryer is great.”

The dining atmosphere includes different forms of seating. This allows large groups to eat together comfortably, just as easily as someone wanting to enjoy their dining experience by themselves.