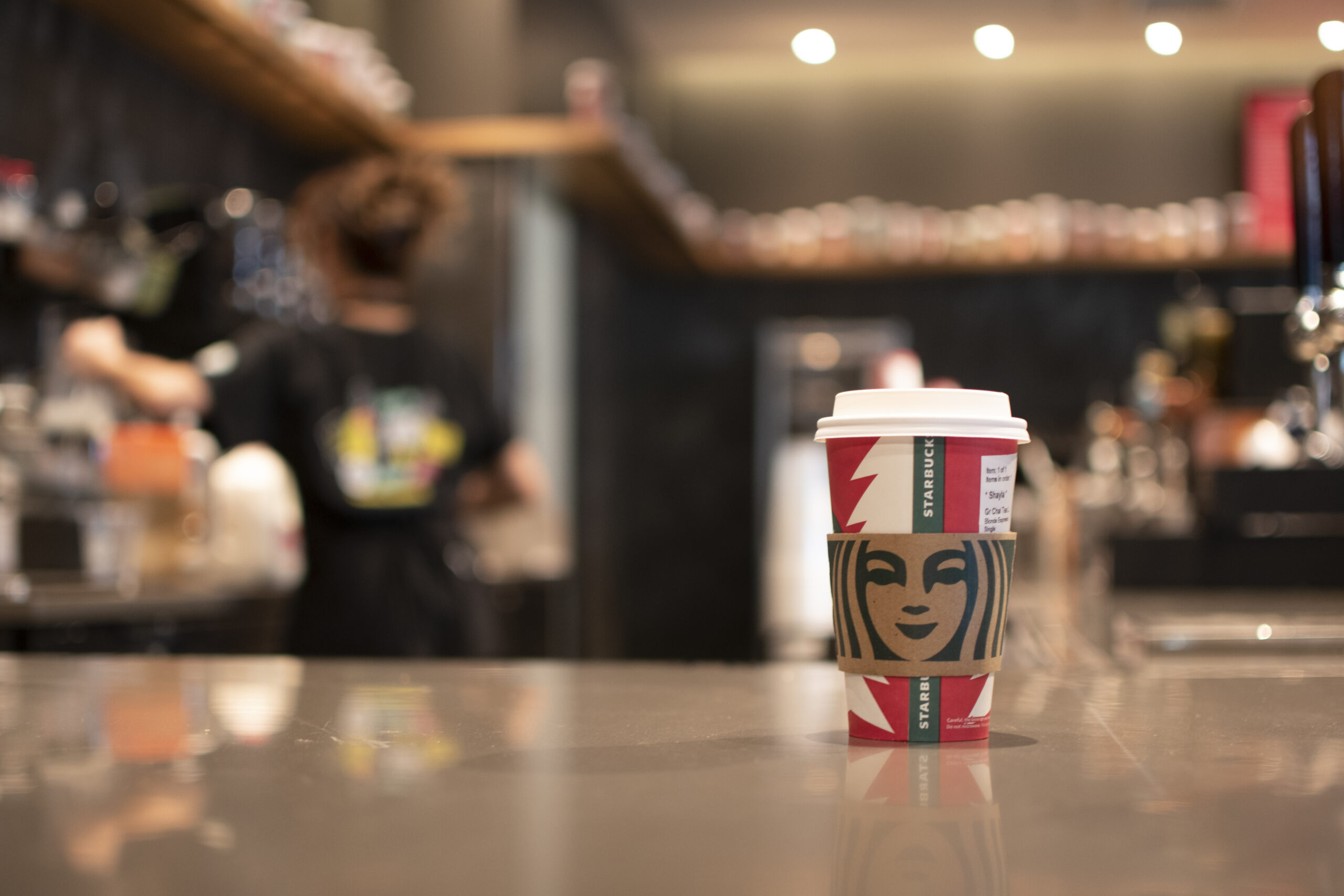 Tis the season for Starbucks to be overwhelmingly busy

By Lizette RamirezDecember 4, 2022No Comments

It’s the holiday season, which means the University of Nevada, Reno Starbucks has been slammed with people ordering their festive drinks. However, the holiday cheer does come with a wait time of 20 minutes to an hour.

The Starbucks on campus is the busiest location in Reno—specifically on Tuesdays and Thursdays.

The holiday drink release, notoriously one of the busiest days of the year for the company, was on Nov. 13. The dreaded date was mixed with the busiest day of the week: Thursday.

John Jarvis, Starbucks barista, revealed just how overwhelming the days are after the holiday release.

“Since the holiday launch started, we’ve just been over flux with tons of people,” Jarvis explained. “Our wait times have reached at worse, sometimes upwards of an hour, but we’re averaging like 30 to 40 minutes during the periods between 10 a.m. to noon.”

“We get most of our orders on mobile,” Jarvis said. “And because of that we only have one mobile bar and that mobile bar usually has an influx of hundreds of orders sometimes coming in at the same minute, just when people just all order at like 10:53.”

According to Jarvis, the staff at Starbucks has been asking their district manager to get a third bar for mobile orders since March. The new bar would cut mobile wait times in half, however most likely won’t come until after the winter season ends.

For now, the staff has to endure the busy times and Jarvis is hopeful the next winter season will go more smoothly with the new bar.

Aaron Piña, senior, waited 20-30 minutes for his cup of coffee before his 9 a.m. class.

Piña wishes there was more support given to the Starbucks workers since they’ve been slammed.

With prices rising, cups of coffee are averaging between six to eight dollars. Piña also believes college students should start making their own coffee at home to save money.

Piña admitted he is part of the delusion waiting for coffee and paying the rising costs, but he also says “companies need to stop acting like there’s a recession.”

Grace Fissel, junior, was ten minutes late to her class because she was waiting for her Starbucks order. Fissel’s order also took 20-30 minutes.

Jarvis recommends if an order is taking too long it’s okay to leave and come back for the order later.

“If you leave, and you come back and you tell us you had to leave for a class or something, if you show us your receipt, we’ll probably make you a new drink,” Jarvis explained.

All in all, if students are mobile ordering they should be prepared to wait for an extended amount of time for their drinks.
Lizette Ramirez can be reached at lizetteramirez@sagebrush.unr.edu or via Twitter @lizziersj.