Harry Styles officially opened the door to his most intimate album yet, and fans can’t seem to get enough.

Coming off of the 2019 album “Fine Line,” and its subsequent world tour “Love On Tour,” fans were eager to sleuth out what Styles had coming next in terms of new music — they were not kept waiting long.

On March 23, only sixteen days after his final tour date, Styles announced that his third studio album would arrive to fans on May 20.

The 40-second trailer attached with the announcement of the album depicted the fast-paced world, seemingly through the eyes of Styles, before he suddenly appeared and walked slowly onto a stage where a large yellow house erected itself around him. Thetrailer is only one of the many ways Styles worked to create a buzz around his impending album.

Other forms of promotion included the creation of a website for his fans to find clues involving the album, taking out ads in newspapers with hints of album art and doing an interview and photoshoot with Better Homes and Gardens for their June 2022 issue. All of which heartily contributed to painting a more detailed picture of what Styles was shooting for in terms of aesthetic for the album.

Still, a large question mark hung over the album when it came to the actual vibe or sound; however, many fans had their fun making educated guesses.

When the first single, “As It Was,” dropped on March 31, the collective fandom held their breath, not knowing what to expect. Fans’ fears were quickly dispelled as the song became an immediate hit among them and the world, opening on top of the Billboard Global 200 where it has sat for over a month.

The first single gave fans a deeper understanding of the type of music to expect from the album more than the promo and teasers. With its upbeat sound and reflective lyrics, it certainly set the tone for what was to come.

Falling more on the groovy and upbeat side of things, the opening song “Music For a Sushi Restaurant” has a funky and more electronic feel than anything else Styles has made before. It sets the footing off well, despite its surprising veer from what his fans might be used to.

Styles is able to pull off the new sound, a fact of which he appears to know himself as the next track follows in step. “Late Night Talking,”  which Styles debuted during weekend one of 2022 Coachella. The song has much of the same vibe as the first track, though the lyrics come through as more pensive and meaningful.

The third track, “Grapejuice” rounds out the funky yet meaningful section of the album and is perhaps the most thoughtful of the first three. It comes across as more nostalgic than the previous songs, though not out of place, as it steadily grows upon the feeling of yearning and honest thoughts that cascade throughout the rest of the album.

Following the first three tracks is “As It Was,” “Daylight,” and “Little Freak” — all of which allow Styles to venture even further into the welcoming waters of an electronic sound that is new to his solo music thus far.

Each song seems to build upon the previous three in terms of undisguised meaning and simultaneous hidden undertones of encrypted information. “Little Freak,” for example, is at first glance a sentimental song filled with deep yearning, but becomes one of unspoken disdain after the third or fourth listen.

This evolving seriousness that flows throughout the album hits its peak with track seven, “Matilda,” as Styles conveys the idea that a family and a home are two things that we are allowed to choose for ourselves — especially in the face of people and things that do not make us feel loved.

Referencing the Roald Dahl book “Matilda” from 1988, Styles uses the main character and her trials as a symbol in order to convey a message that relates to the more broad meaning of letting ourselves flourish without apology.

Following that peak comes the sexy smooth jam “Cinema,” a song that details the intimate moments between two people while still sneaking in the deeper insecurities one might hold in a new relationship.

Coming out of the tension-filled tone of the previous track, “Daydreaming” unabashedly proclaims Styles’ desire and stamps out any lingering insecurity in the name of a dream-like love. After the bliss, however, comes the insecurities anew.

In “Keep Driving,” Styles seems to gradually come down off the high of the last song, and soberly depicts an escape of sorts with his lover. He turns away from the fast-paced world around him in an act of preserving his relationship and suggests that they “just keep driving” or moving forward.

In contrast to this new idea of moving forward, Styles follows these with two songs that encapsulate going in circles with someone and never truly getting anywhere or making progress.

“Satellite” is a song of yearning, frustration, and feeling invisible in the eyes of the person you love. “Boyfriend” — the second song off the album Styles debuted at Coachella — follows it up by detailing the frustration of being stuck in a constant bumpy cycle with a partner who will never change. He captures yearning in a heartbreakingly earnest fashion and does so in a way that still allows the last song to feel sincere in its proclamations of love.

Styles allows the techniques used throughout the album to mesh together in order to create the final track, “Love Of My Life.” Utilizing both his new electronic sound and the more traditional piano, he sings softly about a great love that he will always view as a piece of him.

The final cascading notes of piano in the last song dreamily play Styles’ third studio album out — shutting the door on the album while simultaneously opening another of new and exciting possibilities for the future of his music to come.

Unsurprisingly, the album began popping up on top charts on both Spotify and iTunes platforms.

On Spotify, all 13 tracks made their way into the Global Top 50 playlist, which keeps track of the most played songs on the app. On iTunes, the album sits at number 1 on the U.S. album chart, which is based on the amount of purchases in the app.

It’s clear by looking at these charts and the responses online that “Harry’s House” is a hit among fans. As Styles begins to do live shows for this new album, it is easy to imagine that its popularity will only grow.

Olivia Sullivan can be reached at jaedynyoung@sagebrush.unr.edu or on Twitter @NevadaSagebrush. 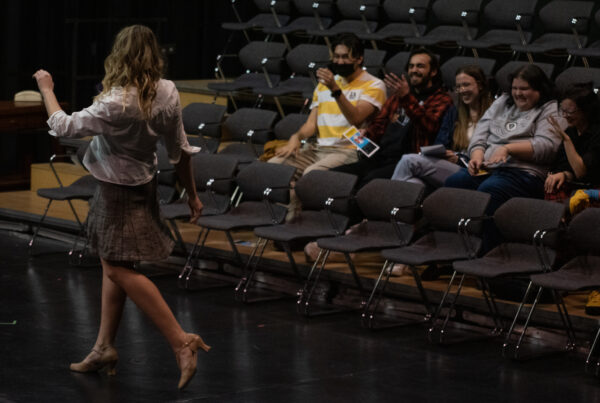 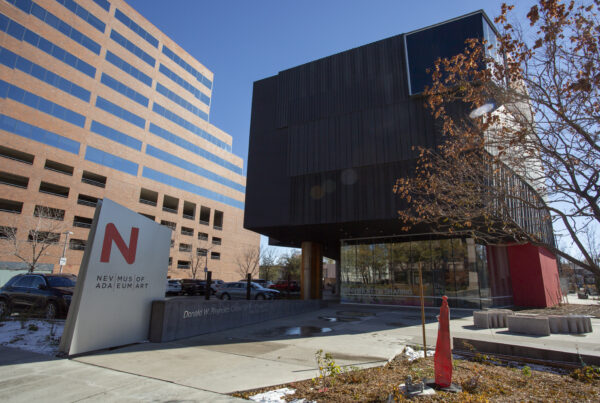