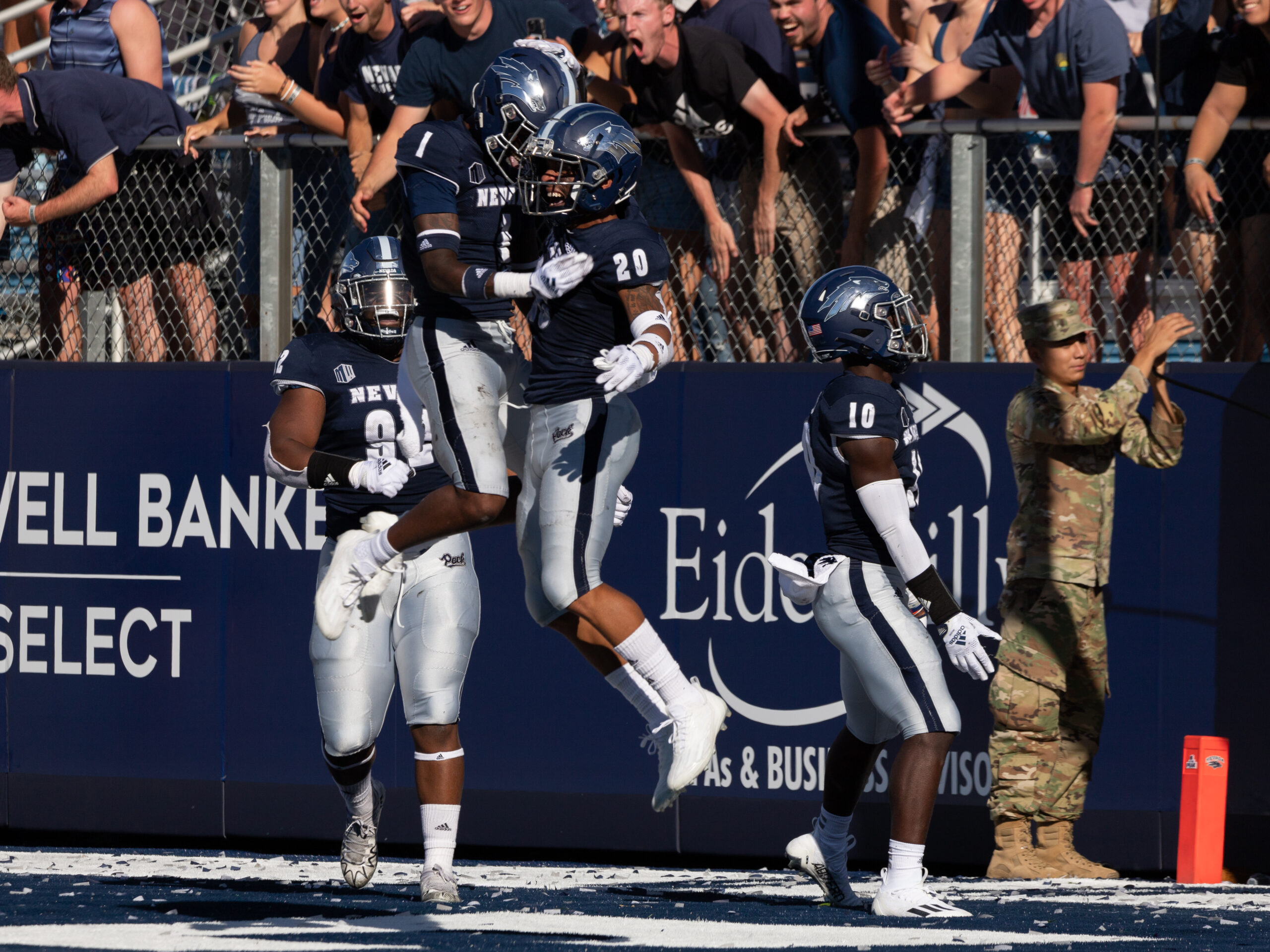 By Derek RaridonSeptember 6, 2022No Comments

Fifth year defensive back Bentlee Sanders caught fire against Texas State, putting up two interceptions – one pick-six – and a forced fumble while leading the Pack to a 38-14 win.

Sanders made his presence felt early in the first quarter. After a pair of tackles, one being for a loss, the defensive back grabbed his first interception of the game with 3:39 left in the quarter. This put the Wolf Pack offense at the Bobcats’ 35 yard line and prompted them to go up 14-0 to end the first.

Sanders picked up his work in the third after a one tackle in the second quarter. With eight minutes remaining, Sanders forced a fumble from Bobcats’ running back Lincoln Pare that was recovered by Nevada linebacker Maurice Wilmer. Starting in Bobcat territory once more, the Nevada offense once again capitalized with a rushing touchdown from running back Toa Taua.

However, Sanders’ third quarter did not stop there. Later on, with 3:51 left, Sanders took in his second interception of the day, running it back for a pick-six. Thanks to this, the Wolf Pack went into the fourth quarter up 38-7.

The fourth quarter was relatively quiet for Sanders similar to the second quarter. Once again, the defensive back garnered another tackle for loss and did nothing else other than return a punt for four yards in the middle of the quarter.

Although Sanders performed a lot of the highlight plays, the rest of the Wolf Pack defense also put in work. The team in general had four sacks (defensive tackles Dom Peterson and James Hansen, linebacker Adam Weynand) and six tackles for loss disregarding sacks. In doing this, Nevada held Texas State to 14 points and -16 rushing yards.

With this performance, the Wolf Pack moved to 2-0 in the pre-season. Their next game is Saturday, Sep. 10, where Nevada is set to take on the Incarnate Word Cardinals at home in Mackay Stadium.