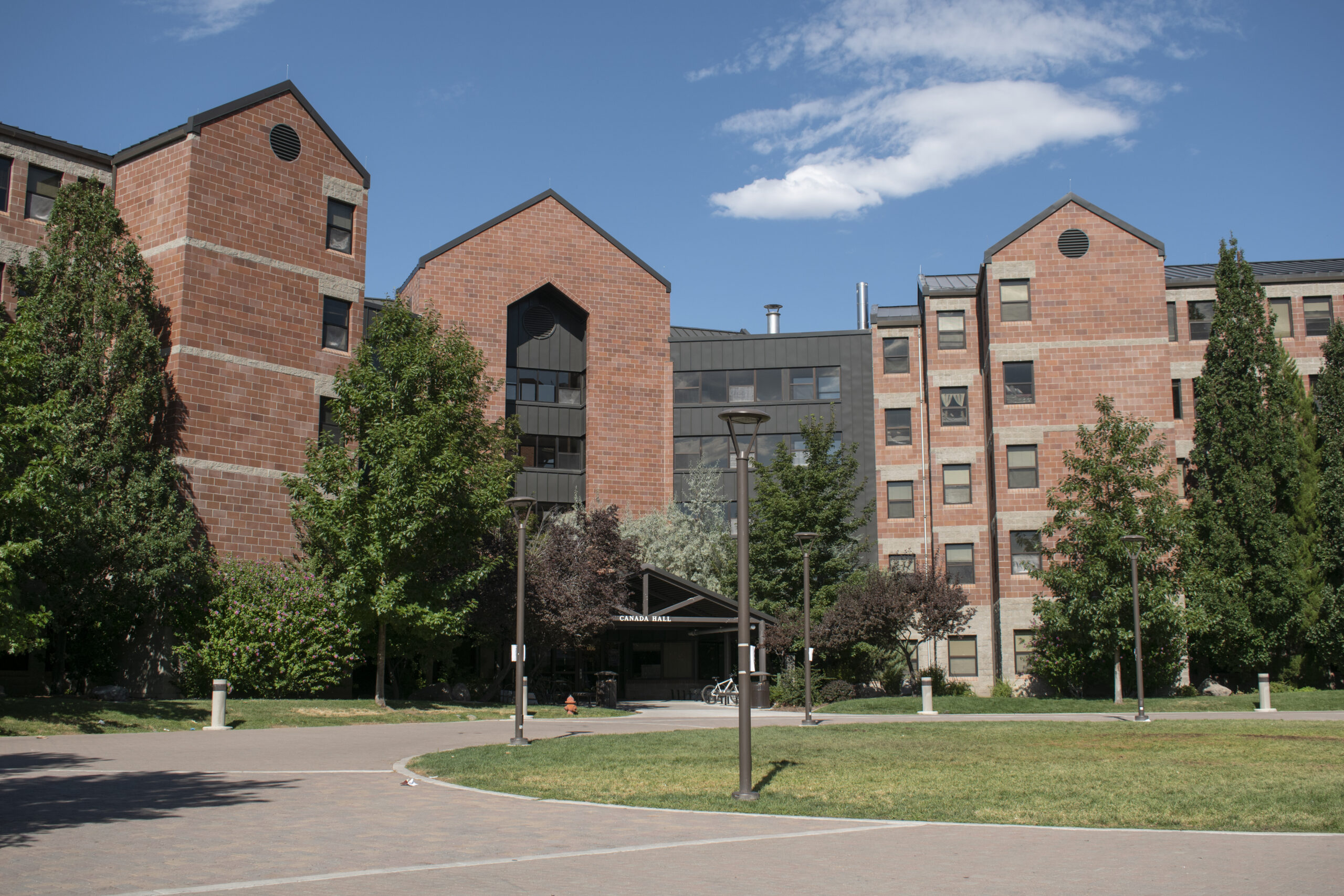 By Lizette RamirezSeptember 7, 2022No Comments

With temperatures reaching over 100 degrees this Labor Day Weekend, students came out to the ‘Cool in Canada “ event on September 4 to enjoy water slides, free food and music festival ticket giveaway to Life is Beautiful.

The Canada Hall event set the tone for the new school year with the event – one of the first big events since the COVID-19 pandemic.

Trey Puckett, graduate resident director, describes the program as Canada’s summer cookout during Labor Day weekend. Though not able to get grills, they were able to get pizza and big water slides in the Canada and Nye plaza.

“I don’t think we’ve seen a program utilize water slides, and it’s so hot right now,” Puckett said. “I think the residents will enjoy that aspect”

Puckett was correct on the enjoyment aspect, especially when temperature reached over 102 degrees. On campus residents from Canada Hall, Peavine, Great Basin and Argenta attended, as well as off-campus students.

Adam Gordon, a junior who lives off campus, heard about the event because of his friends who live in the residence halls mentioning it in a group chat.

The heat was a big deciding factor in his attendance.

“It’s really hot out right now and the Canada cool down seemed like a fun thing to do,” Gordon said, “I got to slip and slide a lot, and I haven’t done that in a while”

Gordon is more prone to coming to residence halls events now, especially when the events are sporty, active and involve free food.

Lauryn Freund, a third year resident assistant who works in Canada, said she was stoked when this was introduced to Canada Hall. She hopes that Cool in Canada will make it a more fun and inviting community for the residents.

Freund was most excited about the Life is Beautiful ticket giveaway.

“I think that a lot of times with ResLife programming, we don’t have super big items to give away,” Freund said. “But this is one of the biggest items we have, and I think that makes the ResLife programs more inviting for residents.”

Canada Hall was able to give away Life is Beautiful tickets because Puckett knows people who are connected to the festival. He hopes that residents will be more interested in Canada Hall since they teamed up with a high profile festival.

Canada Hall gave away two tickets at the end of the event. The winners are both Canada Hall residents.

The next event for Canada Hall is a Spikeball tournament, but the residence hall hopes to have as many events as possible during the current academic year.
Contact Lizzie Ramirez at edrewes@nevada.unr.edu or via Twitter @NevadaSagebrush.