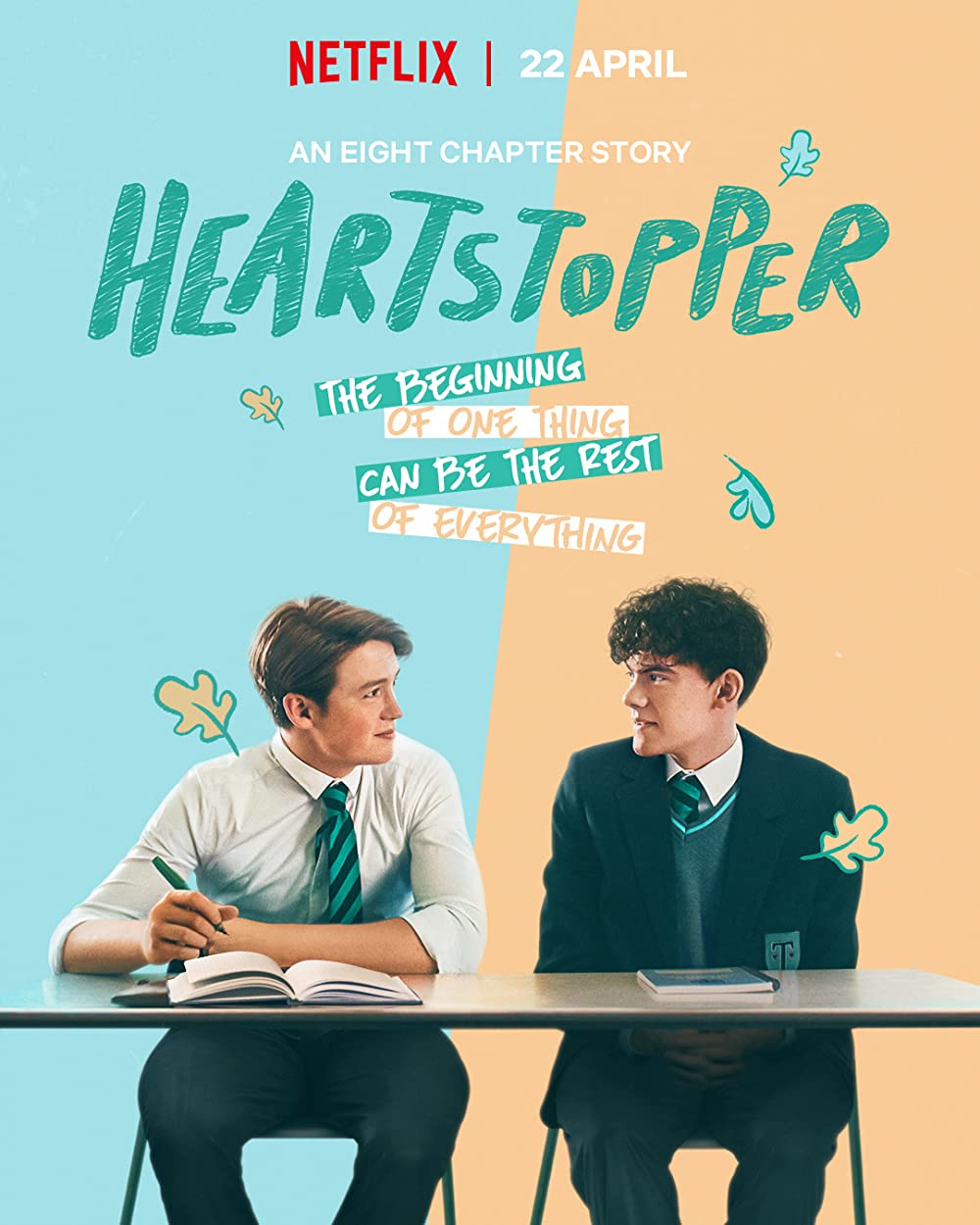 By Gabe KanaeSeptember 13, 2022No Comments

The moment fans of Alice Oseman’s graphic novel series “Heartstopper” waited for finally arrived on April 22, when the television adaption of the show was released on Netflix.

The eight-episode series focused on the characters Nick, Charlie and their friends as they explored the confusing world of youth, romance and life. It’s a story that hits home for many people in the LGBTQ+ community.

Since it’s rare for members of the LGBTQ+ community to be represented and captured in a show of this size, it’s a beautiful thing to actually get to experience it like many did with this amazing TV show.

Even though it’s just a story — which shows many of the emotional impacts of homophobia, bullying, sexism and heartbreaks — it manages to capture the meaningful praise and personality that people in the community have.

The show’s soundtrack is a creative perception of identity, expression of emotions and creativity. It allows people to immerse themselves into the show. The soundtrack is its own type of character that audiences easily overlook in many other series and makes sure the watchers feel impacted by the input it can provide.

Many could argue that sound could be more important than image quality in visual media, and the creators of the show definitely took this into consideration.

Watching “Heartstopper,” one cannot help but also notice the impact the graphic novel had on the creation of the adaption.

The source material adds more to what the show offers than it takes, including many of the animated visuals that the graphic novel would use as devices to show emotion — such as spinning leaves and hearts.

The acting exists in another league of its own.

The actors are extremely talented and close to the age they are representing. This is especially important due to the fact that the youth they portray is one in which they have either just experienced or are still experiencing themselves.

That said, it is really important to remember that many LGBTQ+ youth were not afforded the gentle and special youth that is exposed in the show. Many LGBTQ+ people are exposed to lots of social hatred, abuse and neglect from not only their peers, but also their families.

It’s essential to realize that the normalization of this culture is not currently at where it should and could be. This show would be a wonderful opportunity to expose others to not only the struggles but also how normal and special the community can be for society.

Nick and Charlie’s connection is incredibly special and beautiful to witness. To see two boys fall in love with each other effortlessly is something very rarely seen expressed in media like this.

Nick and Charlie’s hearts are so full of delicate love, and audience members  cannot help but leave the show wanting more.

This adaption on Netflix deserves all the praise and exposure it is currently receiving.

There is no exclusive information about season two, but the hope is there for many fans around the world. The world is expecting to see the couple’s love and power thrive as their life expands and changes.

Until then, fans will always have Alice Oseman’s wonderful graphic novel to fill in the gaps that Netflix may not give to the world.