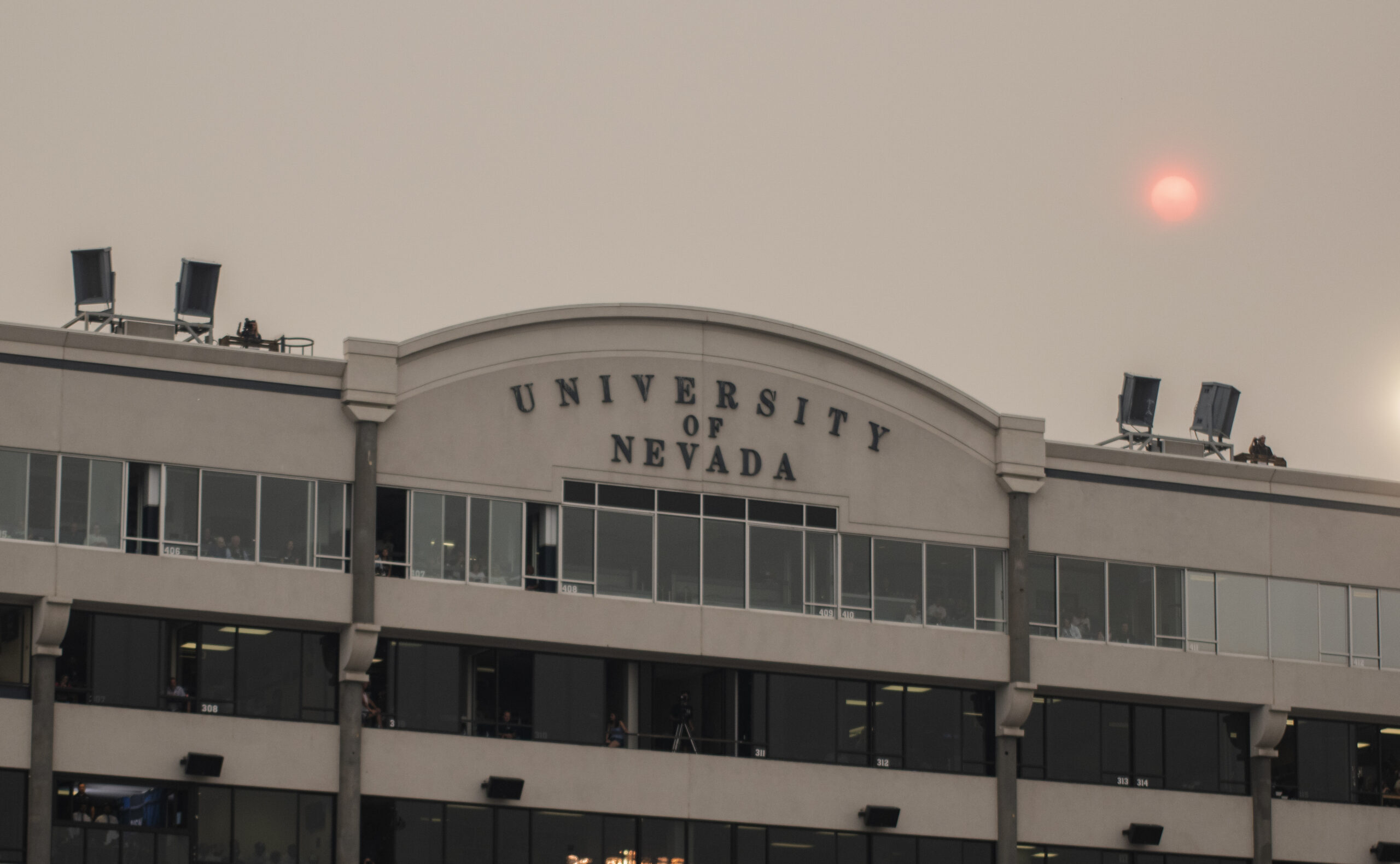 By Lizette RamirezSeptember 15, 2022No Comments

It is a rare occurrence for the University of Nevada, Reno to cancel classes, but September 14 is one of those days. As the Mosquito Fire rages on, air quality in Northern Nevada has become “hazardous,” leading to a cancellation of all classes.

The fire is burning near Foresthill, California, west of Reno. The decision to cancel in person classes came from an early morning assessment where the AQI was over 300 or “hazardous.”

On Wednesday at 8 a.m., students, faculty and staff received an email from the Office of the President, stating that classes have been cancelled.

“The Reno/Sparks area is continuing to experience hazardous air quality… a decision has been made to cancel in-person classes, Wednesday, Sept. 14,” the email read.

The smoke has been affecting students in a variety of ways. Shawn Dorado, junior and resident assistant at the Nevada Living Learning Community, has been experiencing multiple cancellations due to the smoke.

“I run intramurals for the [Living Learning Community], so the smoke cancelling the games was really disappointing,” Dorado expressed.

The residence halls are required to participate in the intramural leagues. The smoke caused the first flag football game to be cancelled the night of September 13.

Trace Wolfgang, senior resident assistant at Manzanita Hall, lives in a building with no AC. The smoke has made it an uncomfortable living environment for Wolfgang.

“I have to keep my window open, which essentially forces smoke into my room,” Wolfgang said. “So I have been having a really bad time for the past four days or so since the smoke started coming in.”

If they were to close their windows, their room would be around 90 degrees.

Wolfgang revealed that residents living in Manzanita Hall have been staying with friends who live in other halls with AC. The residents don’t want to open their windows and be exposed to the smoke nor live in hot rooms.

“They are having to decide to literally not sleep in the rooms that they’re paying for because it’s so bad,” Wolfgang said.

The UNR Office of the President did not get back for comment on the cancellation.

This is a developing story — check back later for more details.
Lizette Ramirez can be reached at lizetteramirez@sagebrush.unr.edu or via Twitter @NevadaSagebrush.