Nevada men’s golf had their first tournament of the season at the Olympic Lake Course in San Francisco. Although the team ended in sixth place, one Nevada golfer had a collegiate career victory performance.

Peyton Callens is a fifth year student at Nevada and took first place in the USF tournament on Sept. 12 and 13. This is Callen’s second victory of his career, his first being at the Goodwin last March.

Callens started off the tournament hitting an even 71. He had a total of five bogeys and five birdies. In round two, Callens had seven birdies and only two bogeys to put him at -5. He continued to stay under par hitting a -4 in the final round. All together, Callens shot a 204, -9. The next closest golfer to his score was Andi Xu from the University of San Diego who hit at 208, -5.

All together, Nevada finished in sixth place with a total of 859, +7.

The men have their next competition on Sept. 19 and 20 at the Husky Invitational in Bremerton, Washington. 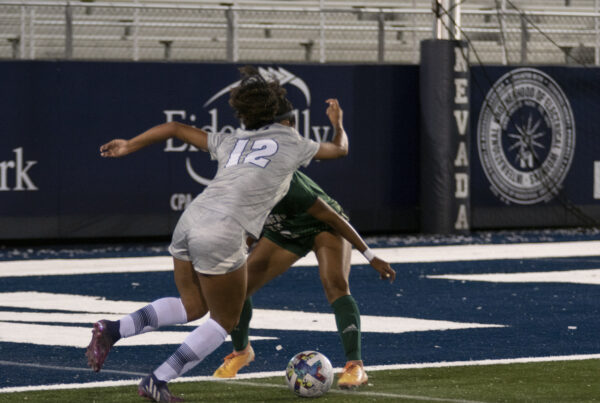