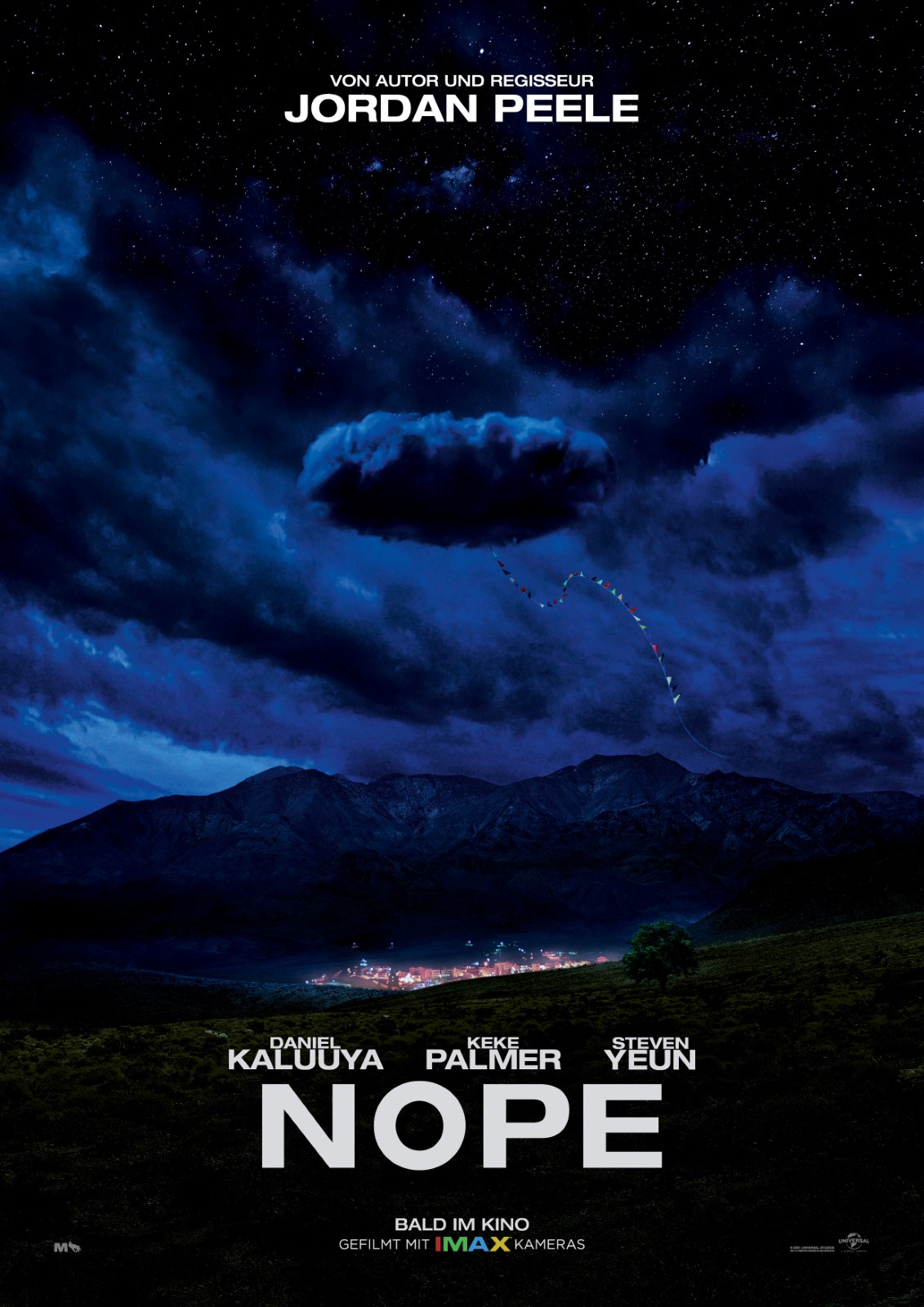 By Gabe KanaeSeptember 19, 2022No Comments

Jordan Peele has never been a “typical” director. His previous films “Get Out” and “Us” are marvelous captures of the societal issues, topics and judgements African American people receive. Now, Jordan has come with a new motion picture – “Nope.”

Nope is a film everyone should go into with an unspoiled mind, some slight spoilers to the plot are ahead.

“Nope” by Jordan Peele also contains a couple scenes shot in the spectacular and game-changing motion picture IMAX aspect ratio which is a 1:43.1 aspect ratio shot on extremely rare 65mm analog film that adds more picture and scale to the screen.

The film stars Daniel Kaluuya who plays OJ Haywood alongside Keke Palmer who plays his energetic sister Emerald. Kaluuya plays a strict and reserved character while Palmer’s character is looser and comedically adept.

Steven Yeun plays a minor character named Jupe who is traumatized and terrified of his past, a monkey television show which backfired.

One of the best aspects of this film is its incredibly strong and immersive storyline. It focuses on using an indisputable analog film format to capture an alien while also showcasing the diverse cultures in African American communities and how it impacts their actions.

Right off the bat, the film’s racial connotation is represented. The film includes music from African American artists, captures the exploitation of African American experiences and how it backfires on the ones who do.

Within the film, also seen by many in the trailer, when Palmer’s character explains their ancestor was in the very first motion picture film — a stop motion short film of a black man riding a horse, owned a white man. In contrast, Kaluuya’s character runs a ranch where the majority of the film takes place.

The film’s biggest issue is the side plot, how those scenes are executed and then connected to the main storyline. Capturing the footage of the alien seemed to be the only sensical plotline for audiences to follow while the side plots only ended up leaving questions for viewers.

The side plot expects viewers to suspend disbelief, but only leaves plot holes at the end of the film. It also refuses to present the content the entire film focused on capturing, Presenting this content would have been a marvelous call back to the family’s past and left a satisfying ending. Since it is not given its moment, it makes the audience question the authenticity of the film’s intention.

Despite the irregular plot, “Nope” manages to make a horror movie about an alien and do it correctly, something we haven’t seen since “Arrival” from 2016. “Nope” is definitely a movie worth seeing once it is released on home video. The movie gave voice to a culture which is oftentimes under or misrepresented – which is more than enough to make someone of culture leave the theater inspired.