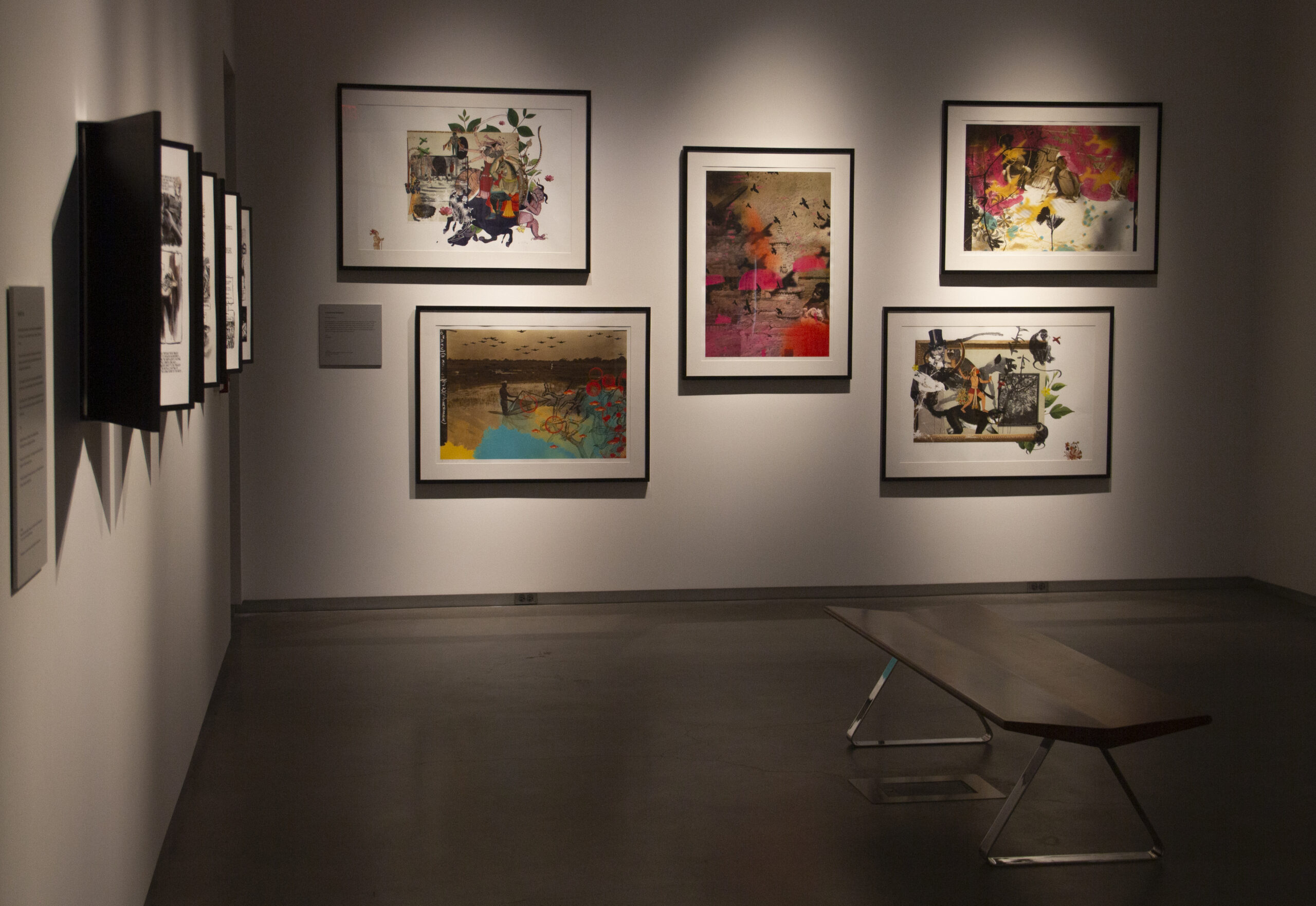 By Jaedyn YoungSeptember 28, 2022No Comments

Now, what’s this about a shoebox?

In 1945, during World War II, a U.S. soldier stationed in West Bengal grabbed his camera and zoomed into the rural country to simply take some photos.

The man’s identity and the reason as to why he left the base are both unknown. But what this soldier did leave the world with was 127 photos, which somehow landed in an estate sale in Chicago and eventually into the laps of curators Alan Teller and Jerri Zbiral.

Soon enough, Teller and Zbiral created the “Following the Box” exhibit in 2004. From there on, the two received a Fulbright award and hunted for the story behind the photos.

Along the way, the curators worked with contemporary Indian artists with the photos to launch into a new creation of other artworks. Now as Teller and Zbiral continue to spread the message of the exhibit across the world, there are eleven artists featured in the exhibition.

Vivian Zavataro – director of the John and Geraldine Lilley Museum of Art –  brought the exhibit to the students at the University of Nevada, Reno, where they were given the opportunity to see “Following the Box” live.

The curators said Zavataro first found them in the Pacific Asia Museum in Pasadena where she decided to bring it to the Reno community, hoping it would resonate with everyone who got to see it.

The main message is much deeper than one would’ve expected when going to see it all live.

“The exhibit makes the point that the only way to really understand anything is through multiple perspectives,” Teller explained. “Each participating artist was given copies of the found photos and asked to either incorporate a selection into their work; deconstruct the photos and use whatever inspired them; or simply let those images percolate and do their magic in any way they saw fit. No two artists saw the same things.”

The magic of the exhibit was to get students and Reno members to open their eyes in a different light and see what they’re not used to seeing. Multiple perspectives is a valuable lesson to learn, something Teller and Zbiral hoped would be the main takeaway.

There were plenty of hidden mysteries amongst the exhibit and many different mediums of art to witness in the adventure of the “Following the Box” exhibit, as well as an abundance of collaborative performances, screenings and walkthroughs in the two months it was on campus.

Even though the exhibit is now gone, a new theme is coming.