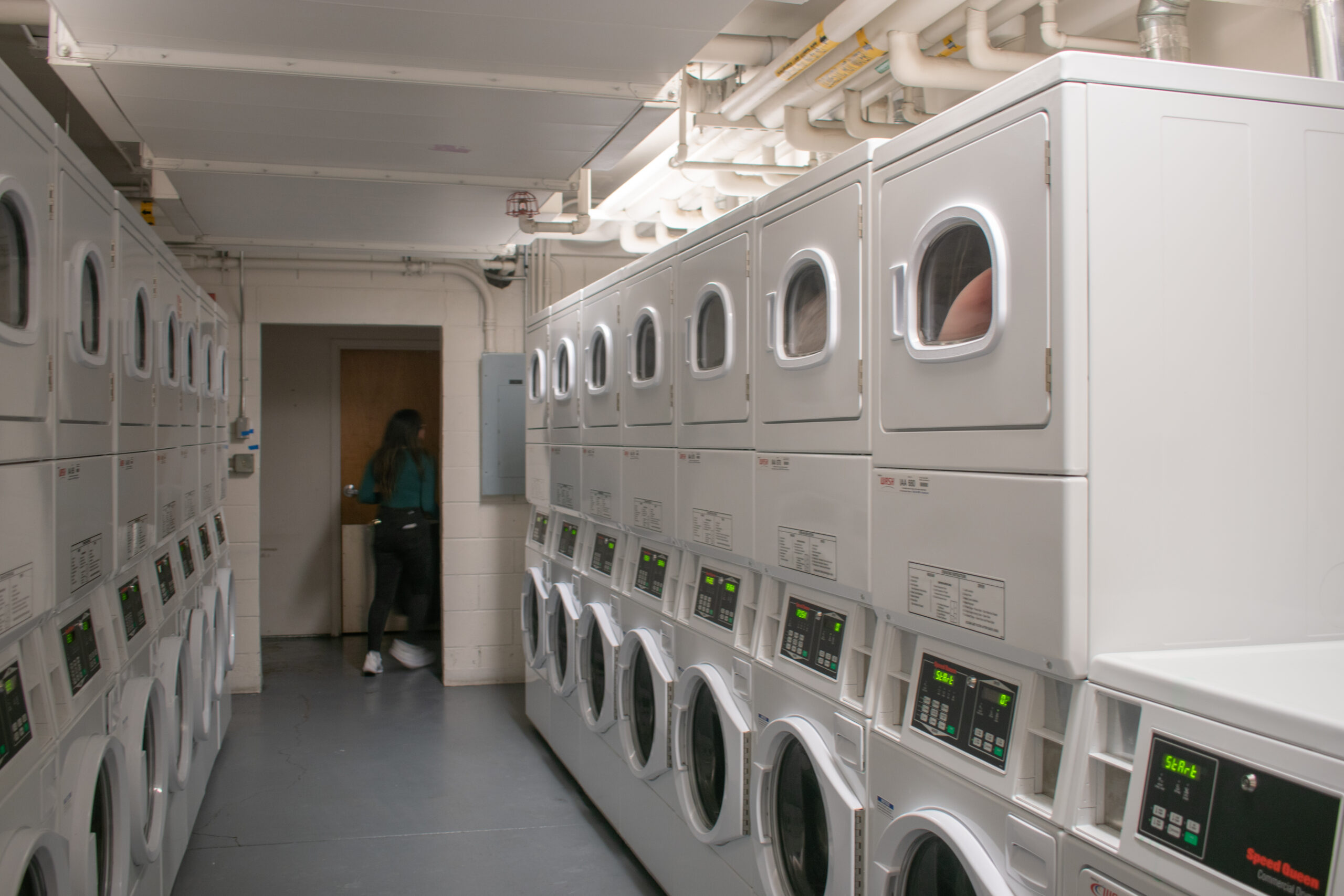 Laundry now free in the dorms, included in price of living

By Madison WancoNovember 16, 2022No Comments

Campus housing chose to remove laundry fees for each individual load with a new “Just Like Home Laundry” program. Students in residence halls now have the luxury to do their laundry without worrying about expenses. As of this semester, students can easily go to the laundry room and complete a chore without any extra steps.

According to Dean Kennedy, executive director of Residential Life, Housing and Food Services, laundry is not technically free, but rather included in the cost of rent. A portion of the increased housing rates covered the leasing of the laundry machines and an upcoming laundry app.

In the past, students paying for individual laundry usage offset the costs of the machines; However, the department ended up making additional revenue from the students using the machines.

“I did not feel it is ethical, for where students live to make additional money off of them when they are doing their laundry which is something that you should be able to do just like home,” Kennedy explained.

A few changes to the laundry rooms are still pending. The laundry app — which allows users to find open machines — was supposed to be available for students using the campus laundry machines on Aug. 1, but glitches prevented the app from being released on time. Kennedy hopes the new app will launch at some point in the fall 2022 semester.

“Right now if you live on campus you can go down to the laundry rooms and just do your laundry. We are waiting for the laundry vendor to give us an app, and that app will allow [you] to figure out what machines are open,” Kennedy said.

Some students were not disclosed on the exciting change to the campus laundry machine usage, but found it to be a pleasant surprise.

Denim Richardson, an Argenta Hall resident, did not find out that the laundry machines were included in the price of living in the dormitories until he moved to campus. He was not the only one briefed on the update to campus laundry usage.

“I did think at first we were going to have to pay for it [laundry] every time, so it is cool to see it is free to use,” Richardson said.

“I did not know it was included but it came in clutch,”said Hardin. “It has made my laundry way easier to do.”

Additionally, students do not have to do anything to the laundry machines to access them to do laundry when they are using the machines in their residence halls. In August, the university updated the machines to allow for this change.

Doing everyday tasks can be daunting in new environments, which is why taking away the regular fee for doing laundry makes the task of getting the chore done a little easier and more convenient.
Madison Wanco can be reached at mwanco@nevada.unr.edu or on Twitter @NevadaSagebrush