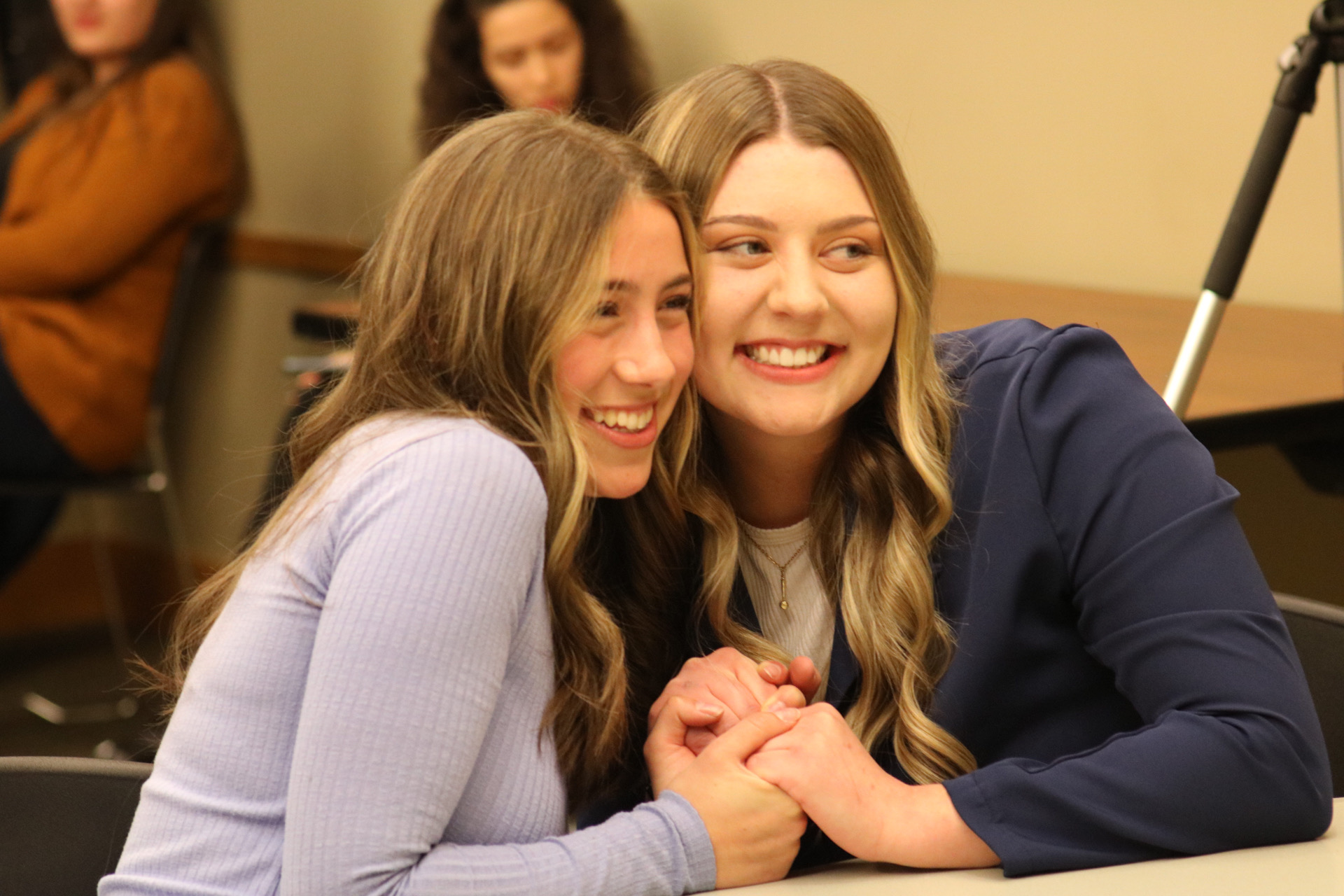 Bayla Fitzpatrick, vice president of the Associated Students of University of Nevada, resigned from her position on Nov. 14—effective immediately.

Dionne Stanfill, ASUN president, read her resignation into record during the Nov. 16 senate meeting, where Fitzpatrick was not present.

“President Stanfill and Speaker Thompson, please accept this letter as a formal notice of my resignation from the office of Vice President for the 90th session of the Associated Students of the University of Nevada,” Stanfill read into the record emotionally. “This resignation takes effect immediately.”

The resignation is due to unexpected family circumstances.

Fitzpatrick wrote she will always support the university’s athletics and student media, where she served as a liaison, and the community the university sponsors. She is proud of her accomplishments within the association and alongside Stanfill and the cabinet.

Before serving as VP, Fitzpatrick was a senator for the College of Agriculture, Biotechnology and Natural Resources. She served as the chair for the Committee on Government Operations and helped increase accessibility and pronoun inclusion for officers within ASUN.

Stanfill’s voice was cracking while reading the resignation letter, and made comment after delivering it.

“I just want to thank Bayla for her contributions to the association.” Stanfill said. “I only wish, and I know that the president’s cabinet only wishes her the best of luck on her endeavors.”

As for filling the vice presidential vacancy, Stanfill will start the process of appointing a new Vice President. Stanfill is expecting to have an official appointment by the next senate meeting on Nov. 30.

According to the Constitution of the Associated Students, when there is no Vice President the President can nominate who they see fit. The nomination has to be approved by a two-third vote by the senate.

Stanfill did not want to give any further comment on the Vice President vacancy.