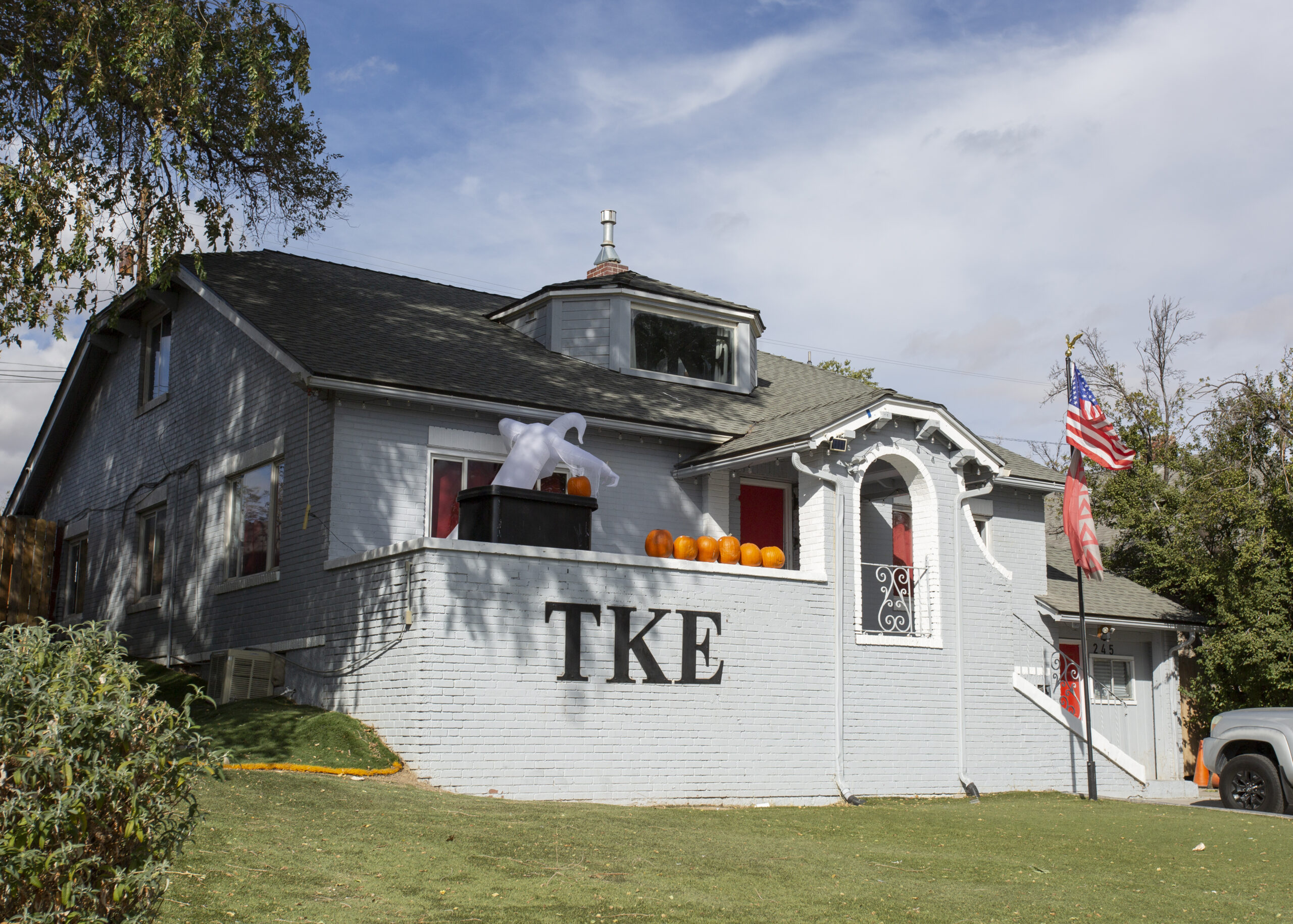 TKE pledge hospitalized due to hazing, fraternity under fire

A student from Tau Kappa Epsilon, a fraternity not affiliated with the University of Nevada, Reno, was admitted to St. Mary’s Hospital between Oct. 20 to 21 due to an alleged hazing incident.

Details surrounding the incident have not been released but KRCA-TV confirmed the UNR student was 19-years-old and from Lodi, California.

This incident comes three years after the fraternity was put on probation due to a fraternity document being found. The document contained a song that depicted sexual assault.

Since then, the Associated Students of the University of Nevada shared a hazing awareness post on Instagram on Oct. 26. The post stated ASUN condemns intentional and unintentional hazing and provides resources for students who may be hazed.

Dionne Stanfill, president of ASUN, stated many students asked her questions about the situation.

“I feel obligated to make a statement because there was no clear story about what had happened,” Stanfill explained, “But, it was very obvious that the student body knew something happened in regard to, like, the safety of the student.”

Stanfill was correct. The rumor spread rapidly across campus. Students turned to YikYak, an anonymous social media site, as their main communication channel. Rumors started circulating on the platform on Oct. 22.

“It’s just the nature of the ugly, horrible, sad nature of certain Greek life. Not all of them, but that is the culture,” Stanfill stated.

An anonymous source revealed to The Nevada Sagebrush the student from TKE was hospitalized due to alleged alcohol poisoning. The source has friends in fraternities and have talked to them about what pledges go through in fraternities.

Allegedly, the goal is for pledges to experience alcohol poisoning to learn how to handle their alcohol. Our source said it’s part of the pledgeship process.

“They [the fraternities] don’t want you to not be able to handle your alcohol when they have parties,” the source stated. “They’re the ones feeding the drinks to people.”

Right after the hospitalization, our source heard TKE was having parties with 21 and up and they’re invite only.

The source warned that fraternities allegedly don’t care about student wellbeing and only wish to be known for partying the hardest.

“The university sent out ‘this happened, and we respect the students’ privacy’ and that’s valid,” Stanfill explained, “but I think that actually condemning something by putting the statement out, we are being the moral leaders on campus.”

Stanfill believes when people shy away from speaking about this incident, it’s under the assumption they’re hiding something.

The university has not released additional information but says they are in contact with the family.