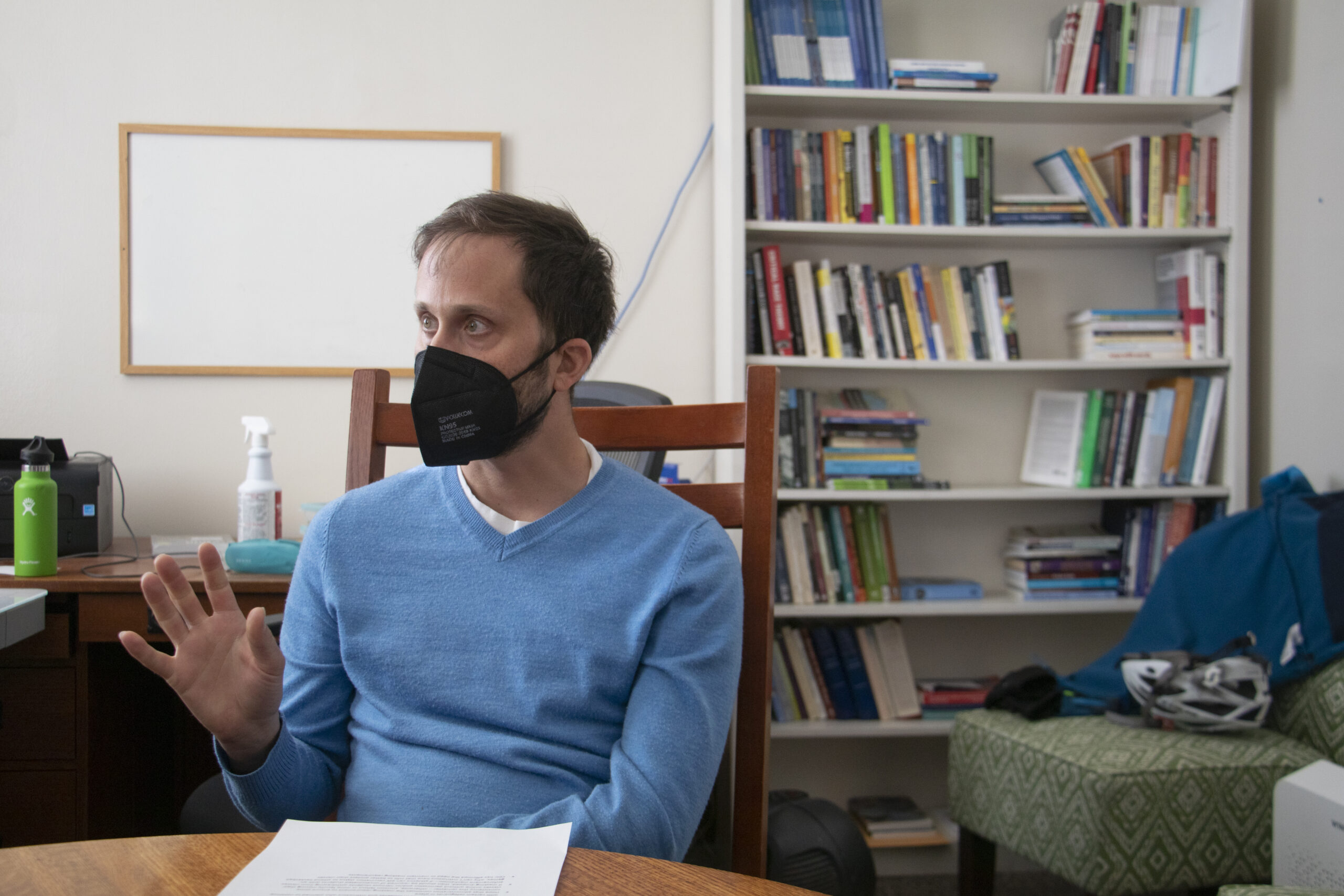 This story was originally posted on March 31, 2022. Visit the Nevada Sagebrush Archive to see all past stories.

Since the spring 2022 semester began on Jan. 18, student life at the University of Nevada, Reno has been nothing short of eventful due to the COVID-19 pandemic. Students, faculty and staff adapted quickly to the constant policy changes at UNR and the recent surge of cases due to the COVID-19 Omicron variant.

The university saw a surge of cases on the first day of classes, totaling 135 amongst students, faculty and staff. Since the beginning of the semester, the university has amassed over 800 cases.

Many professors made the choice to postpone in-person classes for the first two weeks. All professors must gain approval through the Office of the Provost before postponing.

“In all honesty, I’m okay about classes being pushed to asynchronous or online instructions,” said Alsasua. “I can completely understand that some classes have to go online to make safety a major priority.”

Alsasua, a sophomore mechanical engineering major, lost a loved one due to the pandemic and feels satisfied for the sake of his family and loved ones’ safety.

“I already lost one because of this pandemic,” said Alsasua. “Even though it might be a little harder to try to learn, all I can do is try to adapt and do the best that I can while protecting the ones I love.”

Alsasua stated he wants to get the education he is paying for, but going on campus can feel risky at times.

“I’m still afraid of getting infected somehow and potentially losing another family member or friend,” said Alsasua. “It feels like a game of risk sometimes when I’m on campus.”

Davis, a freshman mechanical engineering major, has an English course postponed for two weeks as well. He feels differently about the situation than Alsasua and is finding it hard to thrive in his academics.

“I’m mostly kind of frustrated,” said Davis. “When classes like mine go online, I’ll usually just use it to sleep. Going to lecture holds me more accountable. As someone who is trying to improve their social life, it doesn’t really help when my class goes online.”

With major projects, Davis found instruction is limited from the professor and he relies on the class’ GroupMe to help him rather than course resources.

“So, for humanities, I’m definitely struggling with the class because I don’t really get what the whole point is,” said Davis. “With our last projects, which was a little confusing, there wasn’t much available. There was the GroupMe, but that’s about it for asking students questions of what they’re doing.”

Todd Ruecker, associate professor and head of the Core Writing program, has always been vocal about his issues with UNR’s COVID-19 policies. He attended an Associated Students of the University of Nevada senate meeting regarding the faculty open letter, which he signed, and has released an opinion editorial in the Nevada Independent about his concerns with UNR.

Ruecker condemned the university for their lack of formal responses to campus community concerns.

“There were instances where we had a large number of people on board asking for something and no formalized response, just kind of that breakdown and communication, you know, at some point just got really frustrating,” said Ruecker. “…There wasn’t any kind of feeling of dialogue, any kind of spirit of compromise. And that’s kind of one approach or the highway.”

Ruecker encouraged the university to allow for flexibility by proposing in-person classes at the university. His recommendations came from data collected from his students, which showed some preferred to be online. When instructors conducted surveys, results were found to be mixed. One-third of students wanted online instruction, one-third wanted to be in person and the rest had no preference.

“[Students] might have a child home from daycare, they might have a vulnerable family member they’re living with … just kind of a complete, wholesale dismissal of those concerns,” said Ruecker. “… For me personally, was kind of a breaking point.”

He stated at the start of this semester his main goal was to make all instructors, specifically graduate instructors, feel comfortable being in the classroom.

“We were trying to figure out a way to have, you know, how to support [instructors] and make them feel a little bit more comfortable,” said Ruecker. “… Some people, you know, did move on online, for the first few weeks of the semester as this variant peaked … we encourage them to, communicate with their students and figure out what their students wanted.”

As aforementioned, all approval for online instruction must go through the Office of the Provost, but Ruecker has witnessed some instructors go online unofficially.

“The Provost Office has made it very clear that the approvals have to go through them,” said Ruecker. “My department chair, and even the dean’s office don’t really have the approval to move a class online, especially for longer terms, but even for shorter terms. A lot of faculty and instructors have, you know, ignored that guidance. And this isn’t just in our department.”

The English department has since asked all instructors to return back to the classroom.

As a tenured professor, Ruecker feels he has a platform to speak out against UNR policies. However, he has still had to think of the possibility of it due to his criticisms of the university.

“You have tenure for a reason, so people feel whether it is advocating for a certain academic belief or critiquing administration, we have those protections,” Ruecker said. “We definitely made that calculation of what would happen if I did lose my job.”

Ruecker worries about the mask mandate rescission, stating as a university they are not ready for such a transition.

As of recently, Ruecker signed the petition to reinstate the mask mandate on-campus. Amy Pason, chair of the Faculty Senate and associate professor of Communications Studies, also signed the petition, and gave a statement  similar to Ruecker.

“I think we’re all looking at the case numbers,” said Pason. “We were looking at the previous guidance about what kind of positivity rates that we should have before we start thinking about removing masks and loosening restrictions… and we’re just not there yet.”

As Faculty Senate Chair, Pason must keep all faculty and constituent views in mind to make informed decisions on campus.

“… We’ve been trying to navigate as representing all of our constituents to the best of our ability and give input and whatever decisions are being made,” said Pason on the current climate of the Faculty Senate. “… As our governing representation on our campus, you know, we are hearing from a lot of constituents with a lot of different views.”

As for students on campus and the on-campus climate, Pason witnesses many accommodations needing to be met due to in-person classes and the recent surge.

“I’m not teaching this semester, but I am hearing from a lot of other faculty that, you know, there’s a lot of need for accommodations for students,” said Pason on how faculty are handling this situation. “… Just trying to navigate, if they’re able to Zoom in the room, which if you’ve had to do that in a HyFlex room, we just don’t have the equipment that’s set up for that.”

Pason as a faculty member experiences “pandemic fatigue,” but is still trying hard to move forward and do her job. She also sees many other faculty members struggle with fatigue as well.“A lot of faculty are getting very tired and burnt out, and, you know, hearing from them, experiencing that as well, just trying to navigate being safe, continuing to do our jobs,” said Pason.