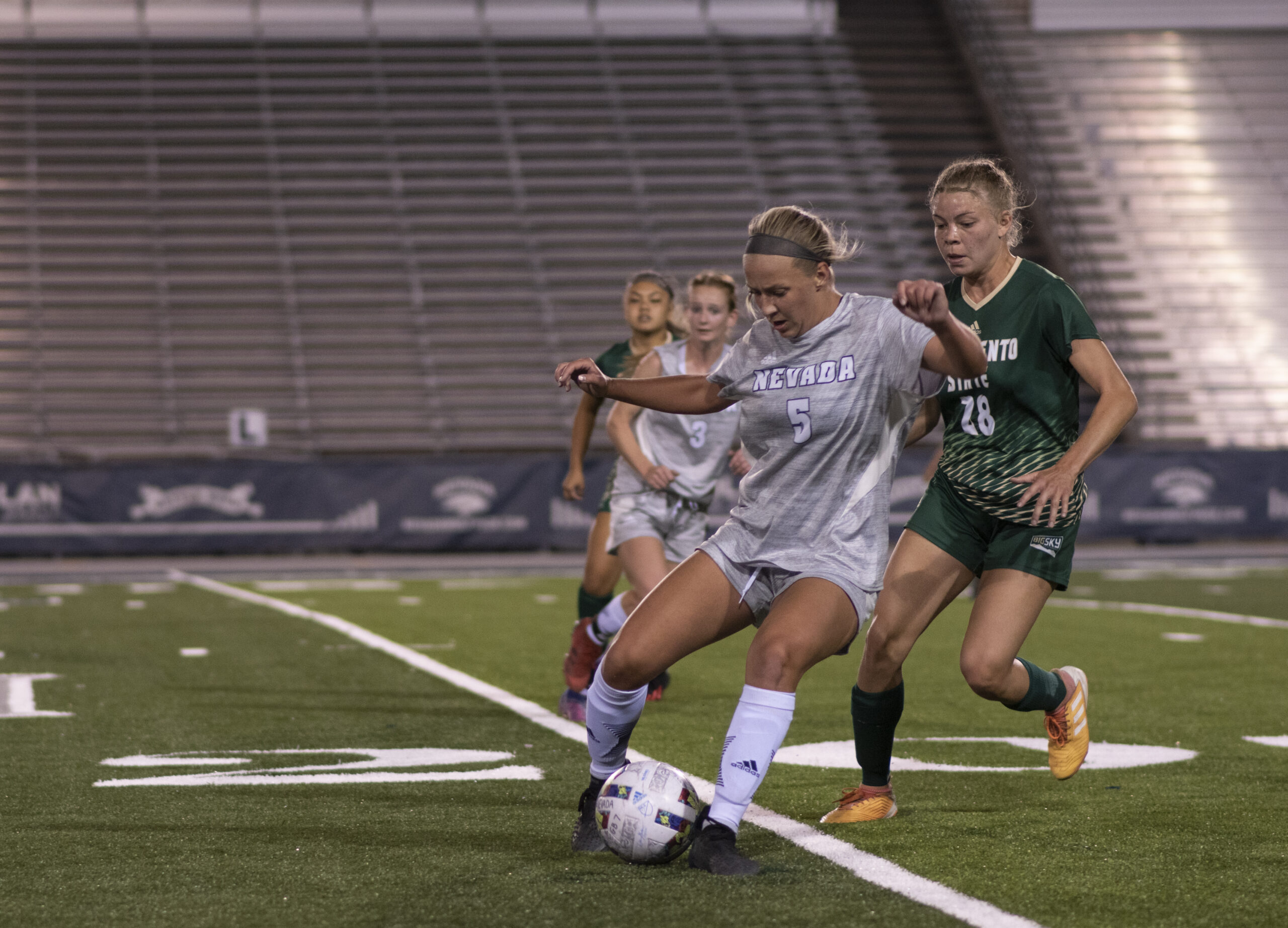 From a 0-3 loss last year to a 3-0 win this year, Nevada women’s soccer took revenge on the Hornets, and two seniors made the magic happen.

Luz Arreaga is in her fourth year with the Wolf Pack and made history in the first home game. She totaled five points in one game, which hasn’t been done in a Nevada match since 2006. Arreaga shot two goals, worth four points and made one assist worth one point. She scored the first two goals in the first half of the game.

Not only did she put points on the board for Nevada, she also added to her stats for her first two goals of the season.

The Mountain West Conference named her Offensive Player of the Week due to her performance. Arreaga was also nationally recognized by TopDrawerSoccer in the top 10 performers of the week.

The next senior who took Nevada to a 3-0 win was Brooklyn Blake. Blake made the third and final goal of the game in the second half and her first goal of the season. She was not expecting to get the goal, seeing Arreaga was going for the shot, but she was coincidentally in the right place at the right time.

“I was really lucky to get on the end of that,” Blake said. “Luz was going for the hat trick and as much as I wanted her to get it, I was lucky enough to be there for the rebound. The way our team built up the ball to get that goal was phenomenal. It was truly a team goal, not just mine.”

Kendal Stovall, goalkeeper, had her ninth career shutout. The Hornets had a total of eight shots on Stovall in which she saved three.

Emily Rich, a sophomore,was a key help in all three goals. She assisted each one so Arreaga and Blake could put the ball in the net. Rich’s efforts made program history, recording the first three assists in a single match.

The womens next match will be on Sept. 9 against New Mexico State.