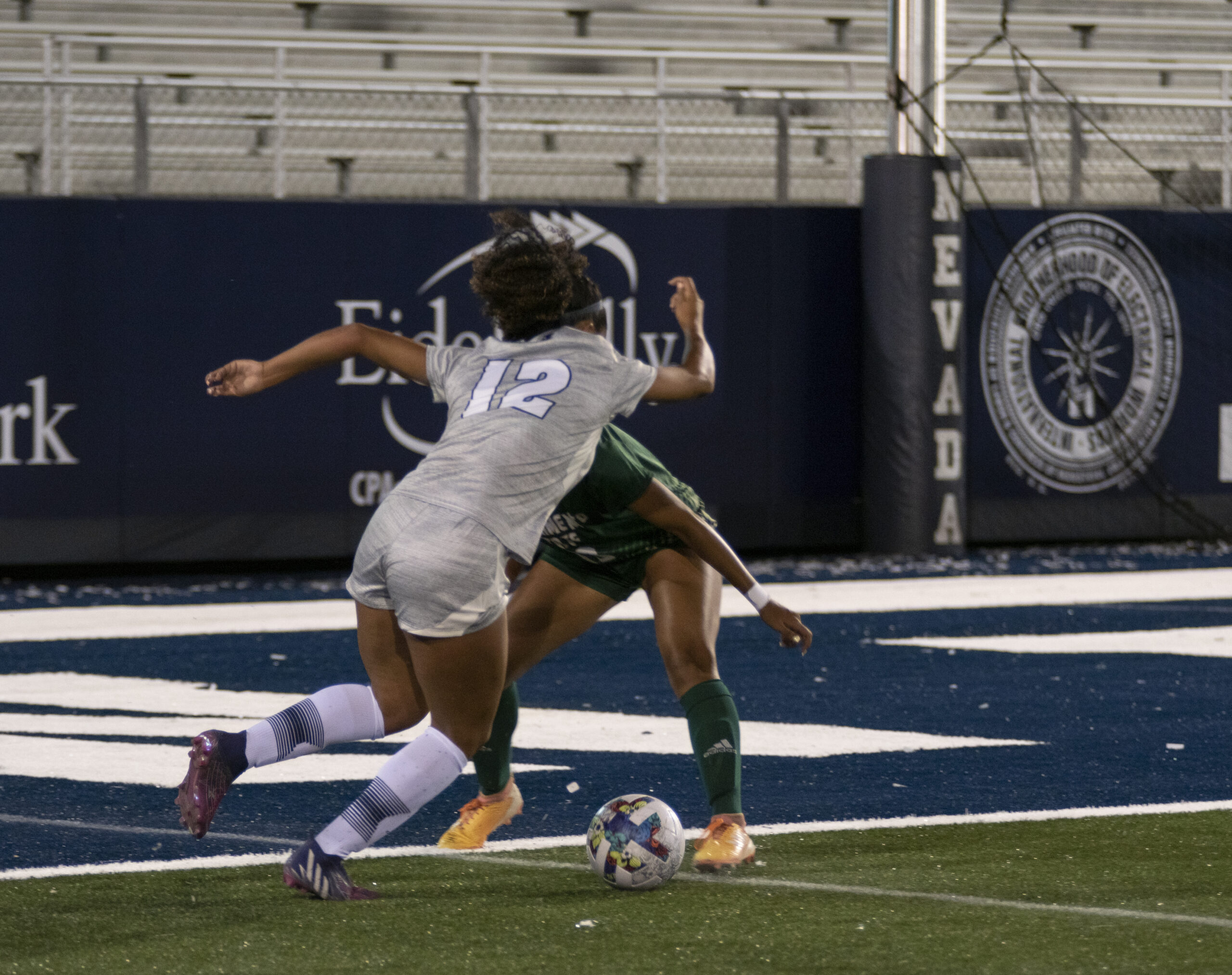 Nevada and University of Texas at El Paso had an even match-up on Sept. 11 in Texas leading to a 0-0 final score.

Nevada had a total of eight shots and UTEP had 11. Gabby Brown, forward, had two of her three shots on goal. Luz Arreaga had two shots. Defender Zona Kinnaman and forwards Trinity Sandridge and Madison Taylor each had one shot.

Women’s soccer will face the University of the Pacific on Sept. 15 at home at 6:30 p.m. Pacific is having a strong start so far in their season standing 3-0-5.