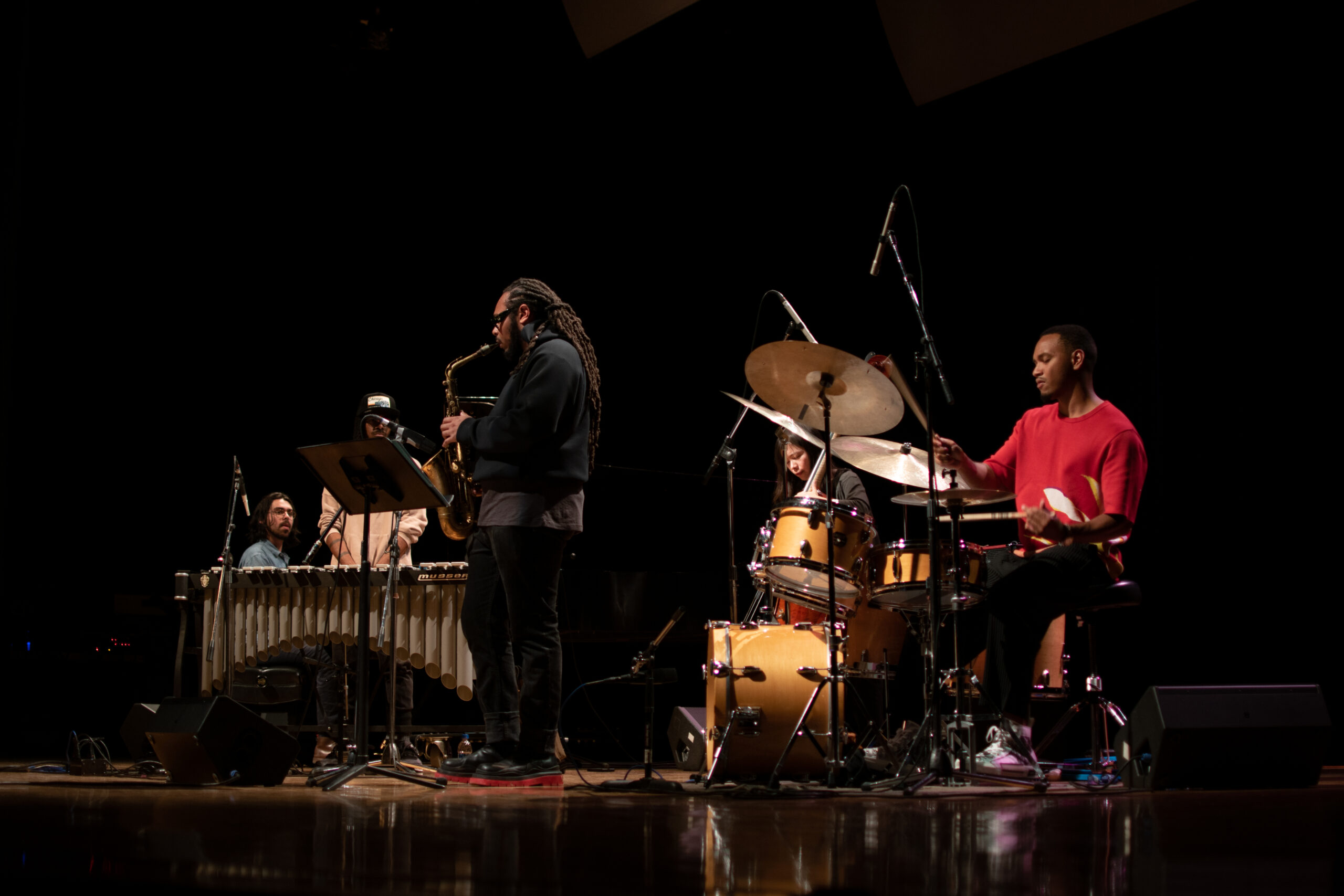 By Jaedyn YoungNovember 3, 2022No Comments

Joel Ross and his band Good Vibes brought the house down with their smooth rhythm and soothing harmony on Sept. 26 at the University of Nevada, Reno’s Nightingale Concert Hall.

Joel Ross, the vibraphonist, entered the stage and introduced his band, which included Immanual Wilkins on the saxophone, Jeremy Corren on the piano, Jeremy Dutton on the drums and Kanoa Mendenhall on bass.

The audience was in for a treat with this jazz collection.

The four of them had a wonderful harmony with one another, just being able to read the movements and vibes of the other musicians on stage.

The first set of jazz had some relaxing fade-offs that hit just the right spot in the fans’ ears. When Dutton had his mini solo on the drums, it was a steady mix of beats that shook the audience back into the more pumped-up vibes.

Then, the audience got the graceful lead back in with the saxophone, bass and vibraphone. It was goosebumps from there on out until they finished their first set and took a short little breather.

In the new set, we got a deep intro on the bass. Mendenhall sent shivers through the audience as we listened to her solo on the large instrument, gracefully strumming to every beat until we felt the entire soul of the piece.

Somehow, when all the artists rejoined into Mendenhall’s deep bass tunes, it was a mellow and jazzy place again. The shift from a darker tone with a deep intro to a lighter and more calming tone was quite abrupt, but somehow worked perfectly with the group’s vibe.

Everyone got a warm and fuzzy feeling when the performers were getting into their music. Each one of them bobbed their heads, tapped their feet and closed their eyes, feeling their own music and giving us every piece of themselves in this piece. It was quite surreal to watch in person.

One of the best things musicians can do is show the audience their true and unfiltered passion for their creations and their chemistry with their bandmates which allows them to play a pretty perfect rhythm. The way they smile, nod and signal at one another  while doing solos is quite inspiring to watch and floods the audience with that happy vibe.

After Joel Ross and his Good Vibes gave the audience a great show, he said his thank you’s to the audience and they reciprocated with a standing ovation as a result.

The result was quite phenomenal and definitely set all the jazz fans in a frenzy for more good vibes from this band and others.