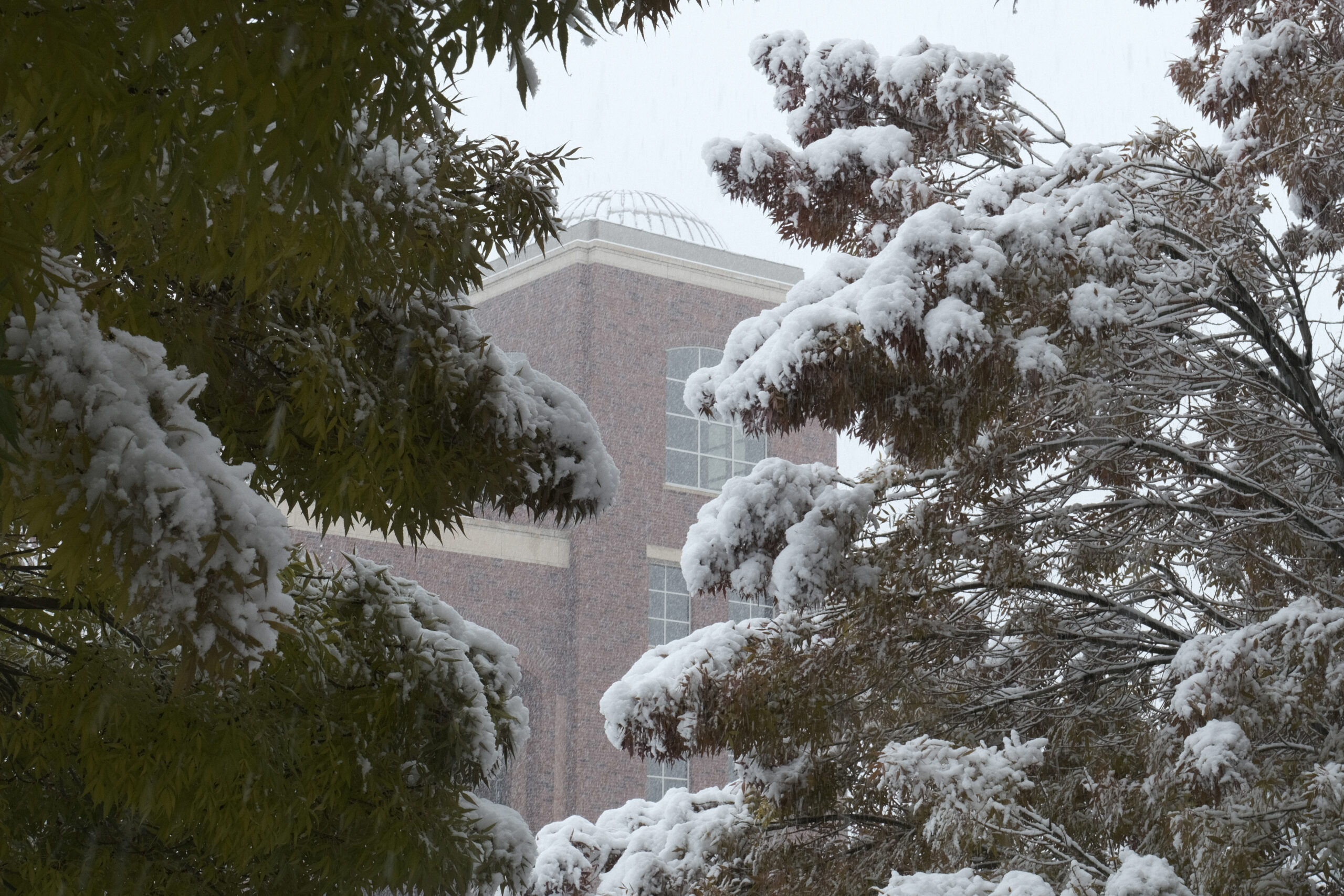 It’s the most wonderful time of the year: snow canceling classes

The University of Nevada, Reno canceled classes midday on Nov. 8 for all in-person and on-campus classes due to the constant snow showers.

The university sent out an email at 3:50 p.m announcing the canceled classes.

“Due to the report of worsening weather conditions, dropping temperatures and potentially dangerous road conditions, all in-person, on-campus University of Nevada, Reno classes beginning at 4 p.m. or later today, Tuesday, Nov. 8 have been canceled,” the announcement stated.

The university warned faculty to “please use extreme caution over the next 24 hours as this next series of storms comes to Northern Nevada.”

Students were expecting to wake up to snow in the morning. According to the weather app, it was supposed to snow all night Nov. 7 and all morning Nov. 8.

Evelyn Rosas Ojeda, a student, expressed initial disappointment when there wasn’t snow in the morning.

“I was very disappointed because I was checking my weather app last night so many times, and there was a good chance it was going to snow,” Ojeda explained. “But now we’re here at school and it’s like a blizzard.”

Ojeda is happy it’s snowing, but she’s scared to drive in it.

It began snowing on the university campus at around 10 a.m. Once the snow began to fall, students were quick to play in it. Students built snowmen, threw snowballs and made snow angels.

Chad Fisher, senior, saw a student outside of Peavine Hall making a snow angel while shirtless.

Katie Mason, a recently graduated student, visited Reno on the snow day. Mason gave her insight on her experiences while she attended UNR.

“If they ever did [cancel classes] it would be halfway through the day, so by the time they did get canceled I’d maybe have one evening class,” Mason said. “I felt like the school wanted me to suffer.”

Though Mason is from San Jose, Calif. and never saw snow, she wasn’t impressed with it. Mason’s initial reaction was to not go to class.

Mason isn’t the only one who hates the snow. Yi Xuen Tay, resident director at Peavine Hall, is also sick of the snow. Tay came to Reno from Nebraska, so she has experienced snow before. Tay says the snow is overrated.

Despite those who dislike the snow, students on campus seemed to be enjoying the weather. There are multiple counts of snowmen located around campus, some being in front of Peavine Hall, Canada Hall, in front of the Knowledge Center and in the Quad.