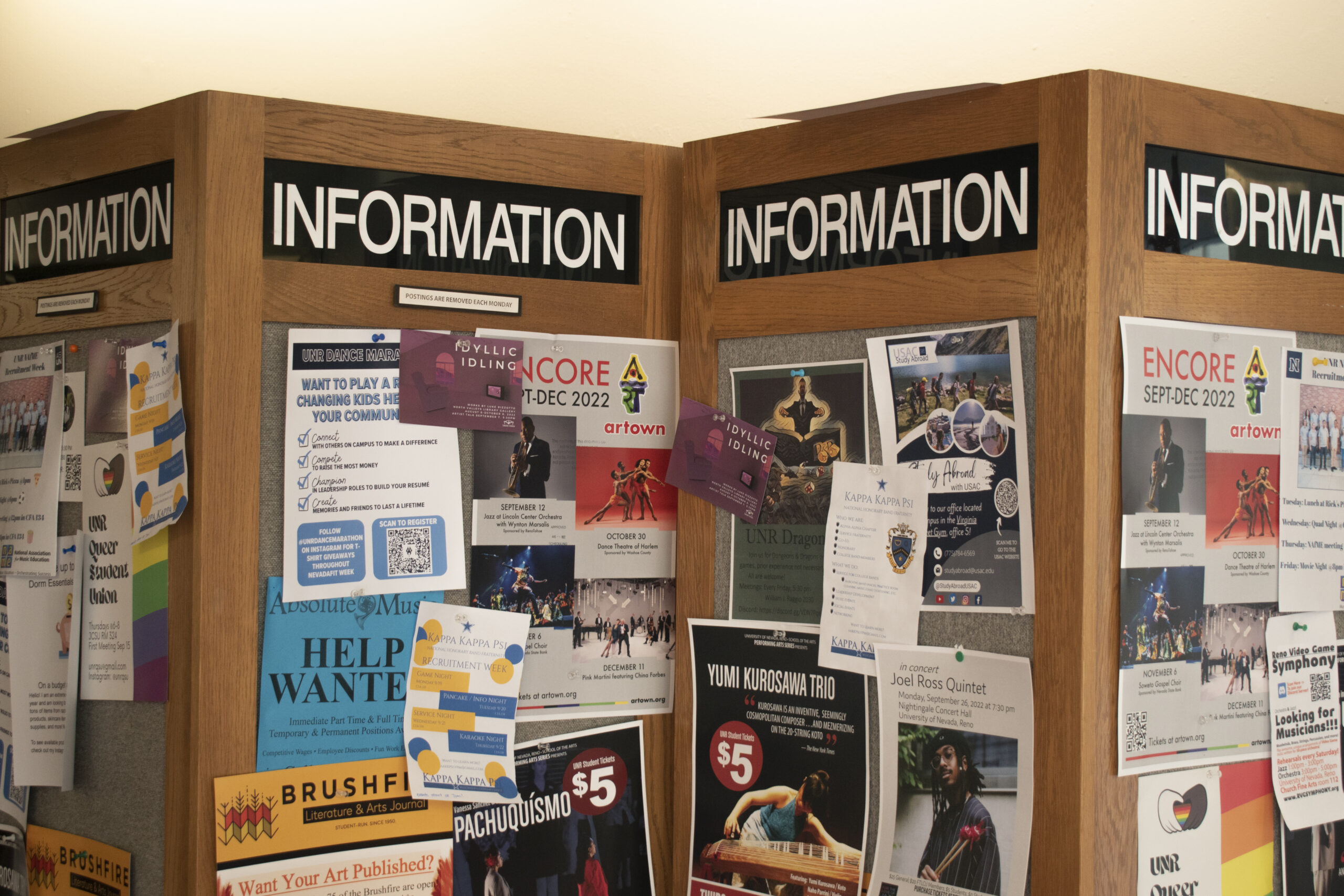 Baroque Concert Lays Down Nothing But Bangers

By Peregrine HartNovember 11, 2022No Comments

The University of Nevada, Reno’s chamber music series, “Apex Concerts”, opened with a sparkling first installment on Oct. 12. Seven members of the early music ensemble Twelfth Night took to the stage in Hall Recital Hall to play a rich sampler of compositions from the likes of George Frideric Handel, Henry Purcell, Antonio Vivaldi and a few of their lesser-known contemporaries.

And all this on period-faithful instruments, no less. Rachell Ellen Wong, the Twelfth Night co-director, explained that the violins, viola and bass, were strung as they were in Vivaldi’s time with a rather’ ghoulish source of material – sheep guts.

These gut strings yielded a rustic texture to the night’s music straight out of the 1700s, playing well off of the equally and wonderfully archaic harpsichord — a precursor to the modern piano — and theorbo, an absurdly long-necked lute.

Each instrument was introduced to the audience by its player, following Johann Georg Pisendel’s “Chamber Sonata in C minor” at the beginning of the evening.

One testament to the sheer novelty of the experience lay in how different the full body of the piece was in person from digital recordings of early music.

Harpsichords –– which rarely, if ever, grace a Northern Nevada stage –– reward infinitely your closeness and presence. Every musician in the ensemble, in keeping with tradition, went completely un-mic’d. The sheer scale of sound filling the room proved an impressive competitor for the best of today’s speakers.

Really, Twelfth Night is among the most recent in a long line of musicians whose talents scream the obvious: this stuff is meant to be heard in a room with the people who are playing it.

This was abundantly clear in the group’s rendition of George Frideric Handel’s “Trio Sonata in G major”, which was almost as fun to watch as it was to hear. They used silence through the sonata like a troupe of actors: stopping at appropriate intervals and drawing out the pauses, holding the audience in abeyance through their silent conference.

Nonverbal communication, which is of vital importance in live music, can sometimes be clearer than words––not a soul in the audience clapped before it was time.

When it was actually time, the Trio Sonata was succeeded by the concert’s bawdy centerpiece in a medley of aires and overtures from the stage and opera works of Henry Purcell.

Even those familiar with Purcell might have been surprised to find his name on something so propulsive and unabashedly taphouse. Twelfth Night’s technique added yet more liveliness to the proceedings, landing the piece squarely in the territory of something you’d dance and drink to.

Cellist Coleman Itzkoff’s effusive style of performance was the heartiest assurance one could ask for that this stuff was the rock music of its day.

After intermission and a second heady dose of Handel, Suren Barry, harpsichordist, introduced the next two composers.

“I’d be shocked and impressed if any of you knew who they were,” said Barry.

Nicola Porpora’s “Sinfonia in G minor” was an unexpected and underrated treat, but Johann Friedrich Fasch’s “Sonata à quattro in D minor” shone as an exciting, especially strong keeper of tempo through its faster movements.

It was almost surprising that strings all by themselves could feel like they had such percussion behind them. Much of this was thanks to Andrew Gonzalez’s intensity on the viola.

Where intensity is concerned,  the concert’s closing selection was well-chosen and untouchable. Vivaldi’s electric and ever-building Trio Sonata in D minor “La Follia” showcased the incredible range of Wong and Carmen Lavada Johnson-Pàjaro, her fellow violinist, in a breathless performance. It was an absolute gift to see live.

They weren’t the only ones playing furiously through this last number, though. Itzkoff, again embodying the 18th-century rock star, lost several hairs on his bow in the process.

If Oct. 12’s concert is anything to go by, this is a regular occurrence.

Peregrine Hart can be reached at jaedynyoung@sagebrush.unr.edu or on Twitter @NevadaSagebrush.