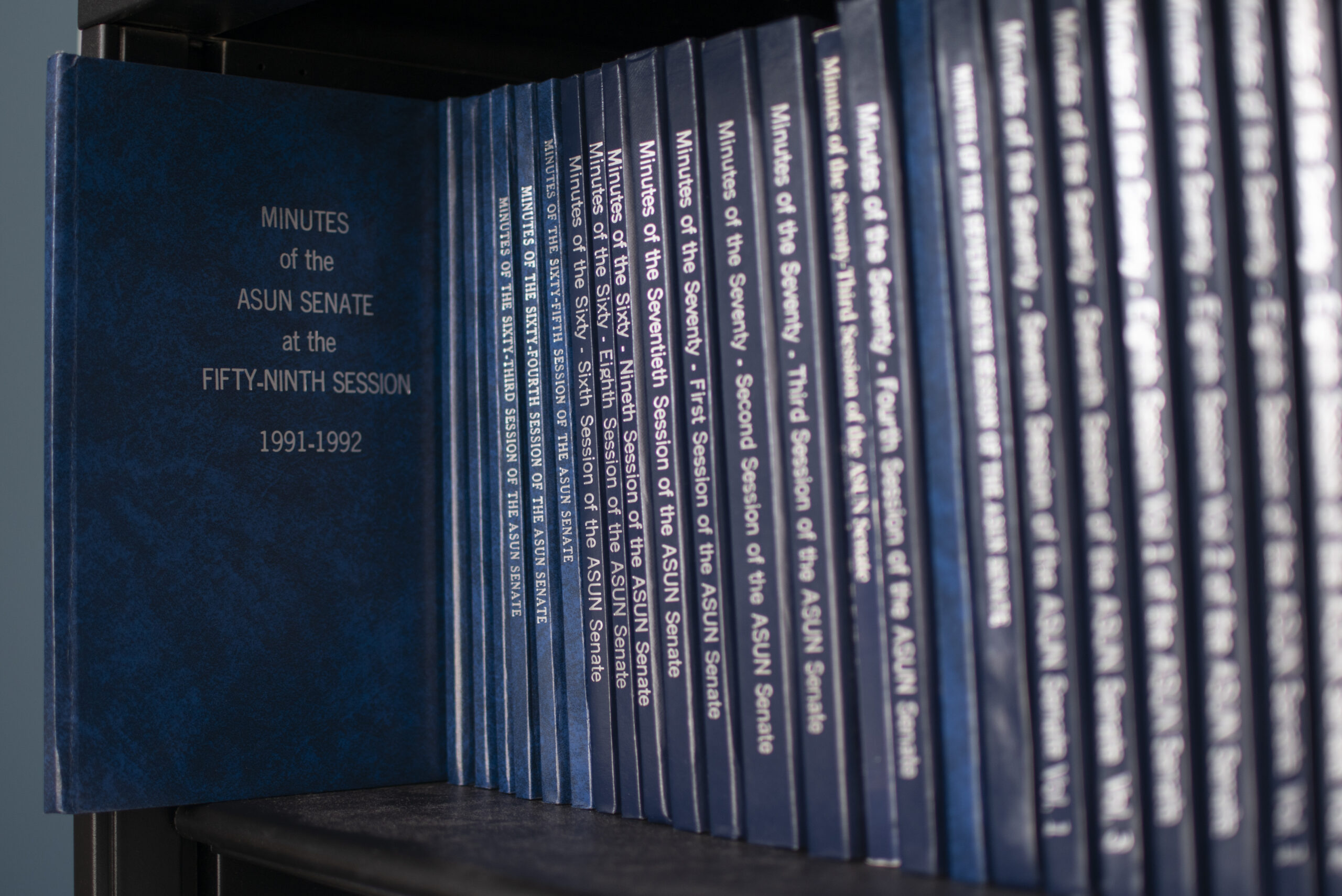 ASUN refuses to work with company who uses prison labor

A piece of legislation within the Associated Students of the University of Nevada attempting to remove the university’s ties with prison labor has caused a stir within the body.

Members of ASUN are attempting to cut ties with Silver State Industries — a company that utilizes prison labor.

The secretary’s office in ASUN is partnered with Silver State Industries. In the past, the company bound books for ASUN containing their legislation and minutes from public meetings. SSI has not bound books since the 2018 session because of the pandemic.

The secretary’s office is now being asked to bind books again, but hope to cut ties with SSI for this service.

Wyatt Layland, senate secretary, revealed the secretary’s office plans to get back in 100 percent operation with binding books.

Trace Wolfgang, director of inclusivity, diversity, equity, and accessibility, began the legislation with Layland and Jefrin Jojan, senator for the College of Engineering.

When Wolfgang was running for the director of IDEA, they knew cutting ties with SSI was a vital goal of what needed to be done.

“As the director of IDEA… it is my duty to serve the students of underrepresented groups on our campus,” Wolfgang stated.

Silver State Industries has about 600 individuals in state facilities who receive a salary ranging from 80 cents to $5 an hour. The inmates work 10 hours a day and are placed in physical danger. Wolfgang describes it as modern day slavery.

The legislation mentions Jovan Jackson, former Nevada Department of Corrections inmate, and his testimony on March 10, 2021 about his experience in prison labor.

“[We] often operated heavy machinery, were placed in physical danger, and worked tirelessly every day for Top Ramen Noodles and a bar of soap,” Jackson said.

In addition, Jackson struggled to obtain employment once released from prison.

The legislation was presented during the senate meeting on Oct. 12. The senate body had mixed feelings about the piece. The language used in the writing was the main concern.

Zachariah Dean, senator for the College of Business, cited the language of the legislation as his greatest issue with the piece.

“I want to vote yes so bad, but the language in this piece is why I will not vote no,” Dean said.

The piece of legislation mentions the NDOC a handful of times. Senators such Liam Brown, John Kermanshahi, Matthew Swackhamer and Brayden Fiorillo want the language in the legislation to be changed.

According to Wolfgang, the concern with NDOC is it “generalizes the entire population of the prison industrial complex in Nevada,” and Silver State Industries is a for-profit company that works with NDOC, but they aren’t internalized with NDOC.

John Kermanshahi, senator for Community Health Science, said his parents work within a prison and said the words are inflammatory and should be revised. Kermanshahi attempted to make amendments to remove all mentions of NDOC, but the movement did not pass.

After over an hour of discussion, the senate decided to postpone the rest of the conversation until the next senate meeting on Oct. 19.

Wolfgang and the rest of the team met on Oct. 17 to make the appropriate edits for the piece of legislation to get passed.

The senate met again on Oct. 19 to discuss the final decision of the legislation. Unlike the prior week, the discussion was fast.

Kermanshahi proposed amendments to edit the legislation. Kermanshahi motioned to replace NDOC with SSI, and modern day slavery with convict leasing. After this motion, the senate immediately passed the piece of legislation with no further discussion.

Despite the compromises the team had to make with the legislation, Jojan was ultimately happy with the passing of the piece.

“We reserved the original intent of the bill, so I’m really happy with that,” Jojan expressed.

ASUN is not the only department on campus to have used prison labor. Jojan revealed the next step after this legislation is to see what other departments use prison labor, and eventually rectify that.