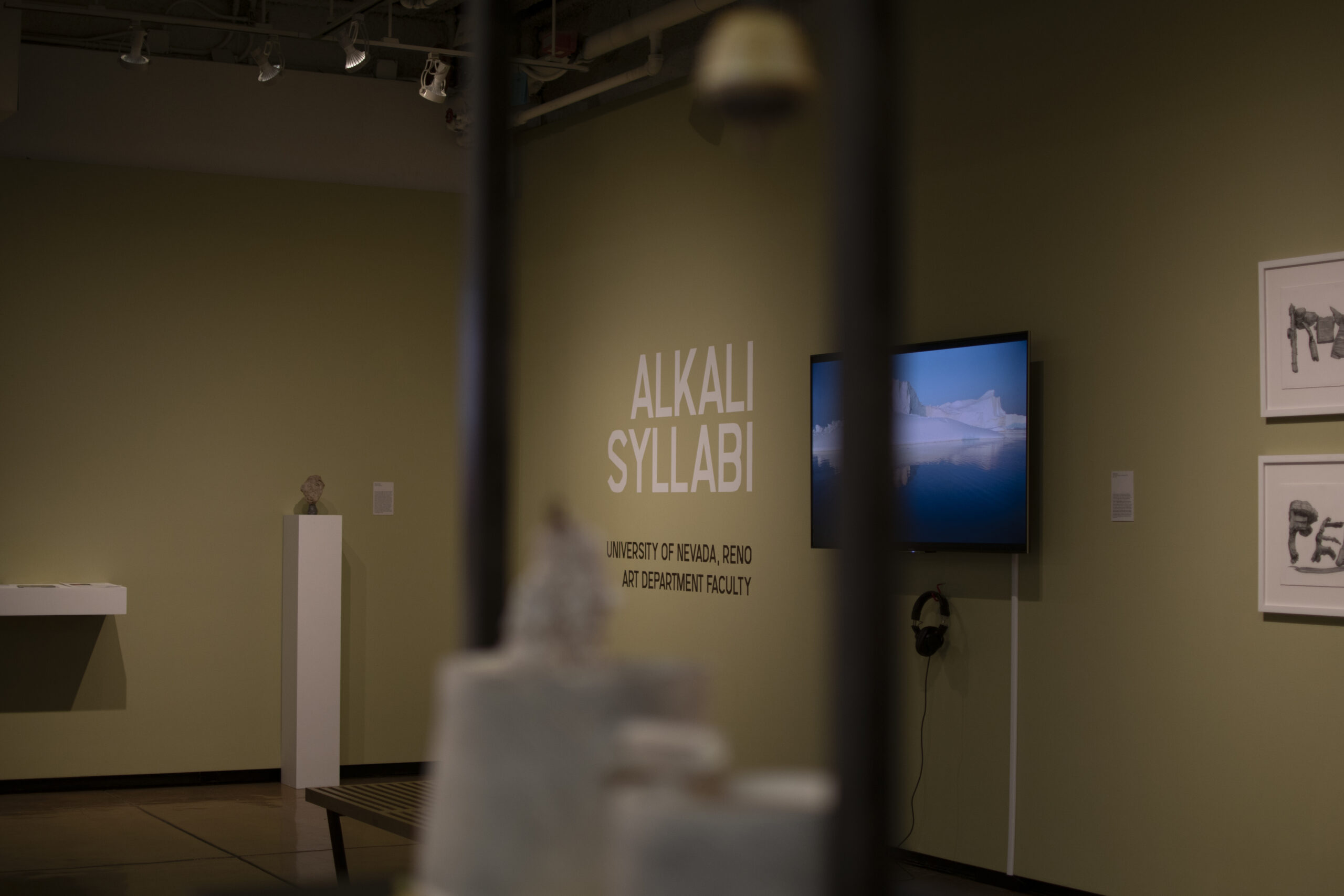 By Jaedyn YoungDecember 15, 2022No Comments

“Alkali Syllabi” is an exhibition that showcases a collection of mixed works by 39 different artists from the University of Nevada, Reno’s Department of Art faculty.

Austin Pratt, an art instructor at the University of Nevada, Reno, was officially announced as the new curator for the Sheppard Contemporary and University Galleries as of the fall 2022 semester, according to this exhibition’s press release. This is one of the first projects Pratt introduced this semester.

There have been faculty exhibitions before, but Pratt said there hasn’t been one at the university in some time. There also haven’t been exhibitions in the other galleries on campus recently.

Due to the John & Geraldine Lilley Museum of Art gaining traction and becoming its own building with its own programming, along with the hit of the COVID-19 pandemic, there wasn’t a lot of time to figure out the programming for the legacy galleries on campus, according to Pratt.

“I’m inheriting this new position and [since] there hasn’t been regular programming, I thought it would be really wonderful timing to organize something to show off our current faculty in the art department,” Pratt said.

The goal was to honor the legacy of the Sheppard Contemporary Gallery, include the new people in the art department in this show and release it in time for people to see it this semester. By portraying this exhibition, Pratt said it represents a nice balance of what’s coming next for the art department while also staying true to the history of the galleries, like Sheppard Contemporary.

The exhibition not only displays the hard work of faculty artists, but it also acts as an important teaching component for students to see their own professors and teachers get their work on the walls of their own campus.

Pratt said putting together the showcase was very “inclusive” and “wide-ranging.” The showcase has plenty of variety because he kept the choice of which artwork would be in the show very democratic so that everyone had a voice.

“With a big group show, it’s not as specific as I had [one] idea,” Pratt said. “But it was that I’m trying to include everybody around and sort of see what rises to the top and what that feels like by putting everyone’s work together.”

The combination of 39 artists and roughly 50 individual works ended up looking “tasteful and coherent” according to Pratt.

The show is still on display in the Sheppard Contemporary Gallery in the Church Fine Arts building until Dec. 16. The collection of artists may not have a specific theme or idea surrounding it, but it still gives viewers a chance to see UNR faculty’s art displayed in real time.

“That’s always the great promise of an art show and a group show … seeing how context changes the work by putting somebody’s video next to somebody’s photograph or sculpture,” Pratt said. “There starts to be a dance or conversation that happens between two or more artworks … by nature of just putting it up.”