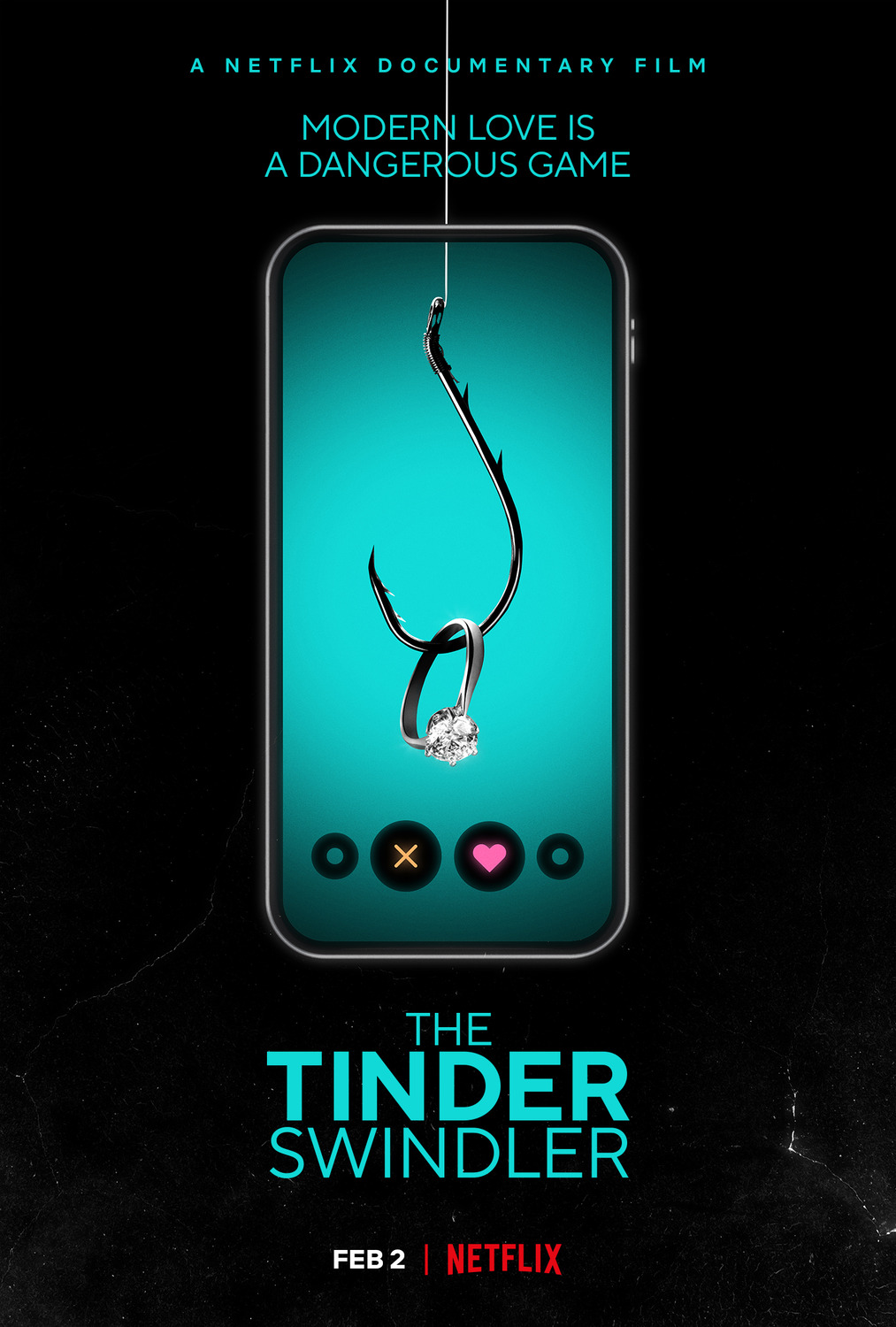 How safe is Tinder? : The Insane “Tinder Swindler” is real

This story was originally posted on April 4, 2022. Visit the Nevada Sagebrush Archive to see all past stories.

It may be time for college students to rethink the platform they use because Tinder doesn’t seem to be the safest option anymore. Maybe it’s time to use another platform—like Hinge or Bumble—and take a break from all of that swiping right.

The new Netflix documentary, “ The Tinder Swindler,” directed by Felicity Morris was released on Feb. 2, 2022, and it’s a jaw dropper.

The film follows the lives of three different women who have been scammed by the fraudster Shimon Hayut—who went by a collection of different names including the name Simon Leviev—to which he plays as a son of a billionaire diamond dealer.

Before watching the documentary, reading the synopsis seemed like a basic scandal. People get cheated out on the internet all the time, right?

Only this scam started differently and took an entire new direction.

The first woman in the documentary, Cecilie Fjellhøy, is from Norway. She is a true romantic, someone looking for a real Tinder connection and someone who has been on the app for about seven years. She says she had over a thousand matches on the platform.

She falls madly in love with Hayut. He sweeps her off her feet and showers her in gifts and love. At one point, Hayut asked Fjellhøy to move in with him under his pseudonym, Simon Leviev.

Soon enough, the romance slowly died. Hayut sent Fjellhøy a picture of his bodyguard, Peter, bloodied and beaten up. Hayut said he no longer had possession over his funds and asked Fjellhøy to loan him money.

The loads of proof against Hayut was insane. There were pictures, audio messages, videos, text messages, etc. showing the amount of times he asked the woman for money.

The documentary then cuts to a second woman, Pernilla Sjöholm, who lives in Sweden and her Simon-trauma overlaps in the documentary with Fjellhøy’s story. She also met Hayut on Tinder, under the same name. She didn’t trust him at first since she had past experience with men in the diamond industry.

In the end, the two remained just friends, but she spent an entire summer traveling around parts of Europe with him and his then-girlfriend. All the while, this was most likely a trip paid for by the money he received from Fjellhøy.

While Sjöholm was vacationing and having the time of her life, Fjellhøy was panicking from the amounts of debt she was wracking in to save her beloved boyfriend.

Soon enough, Hayut used the same scheme on Sjöholm. He used the same pictures of Peter beaten-up and claimed the same distress call as he did for Fjellhøy.  Sjöholm sends money to Hayut before she gets a text from a journalist. When she discovers the truth, she doesn’t send him the money any longer and tries to catch him in the act.

However, the con artist escapes again, which is when Sjöholm and Fjellhøy meet to bond over their shared scam. The two are still in contact and are constantly posting on social media together. They joined forces to try and take down the swindler.

The third woman, Ayleen Koeleman, shows up at the end of the film. She had been dating “Simon” for fourteen months before she started seeing his name in the news. She contacted Sjöholm and Fjellhøy after reading their article and decided to get back at him for the ultimate revenge.

Koeleman compared notes of her previous messages with him to the other two womens’ and realized he simply reused and recycled his compliments and claims. She had also sent the con artist money, but decided she would try to earn it back since she had power over him with his recent issue of his lack of money.

Essentially, when he really needed money, she convinced him she would help sell his clothes to fund him. Instead, she kept the money for herself and he became enraged.

Now referring to himself as the “homeless king” instead of the “diamond prince,” Hayut’s scam finally faded off. That was until she caught his messages as not delivering. This meant Hayut was on a plane. He was going to Greece.

It was all downhill from there for the swindler.

Koeleman notified the police that Hayut was on a plane from Prague to Athens at a specific time, using a fake passport.

As a result, Hayut was arrested in Athens, where he begged Koeleman to help him.

Until this film came out, Koeleman says that Hayut had no idea she was the one who ratted him out to the police. It’s a sure thing that he knows now.

At this point in the film, the audience was definitely cheering Koeleman on for getting the powerful revenge each of those women deserved.

Hayut was arrested for five months before he was released, where he went back to living a lavish life as a free man and even had another girlfriend.

Hayut officially goes by Leviv now and lives in Israel. He refused to comment on the film and threatened to sue them for false defamation. However, all of his social media accounts have been deleted.

So what does the documentary show us?

According to a report by Mike Brown, approximately 72 percent of 3,852 college students have used Tinder.

Seeing as a lot of students in this generation do use Tinder, it is wise to be careful on the app for a while. Even though Hayut is banned from the Tinder platform, there could be con artists out there just like him. It is important to be aware of who you may be matching with.

However, Fjellhøy downloaded Tinder again after her break up, claiming that she still wants to find love and she does not blame the platform for what happened.

So maybe Tinder isn’t all that bad.

Just ask the “Tinder Swindler” … who made about $10 million off the women he scammed.